With the most profound sorrow, we have to inform you of the legendary Memphis radio icon, Bobby O’Jay’s death on May 3, 2022. He passed away in the morning, at 68. The cause has not been come out yet.

The radio icon was born in Batesville, Mississippi, in 1953. After spending his early years in the radio business in Montgomery, Alabama, he became a member of the WDIA in Memphis in 1983.

Serving as a PD/air personality since 1983, Mr. O’Jay had been a fixture on WDIA, MILWAUKEE, HOUSTON, DALLAS, and WBMX/CHICAGO are included in his radio career. 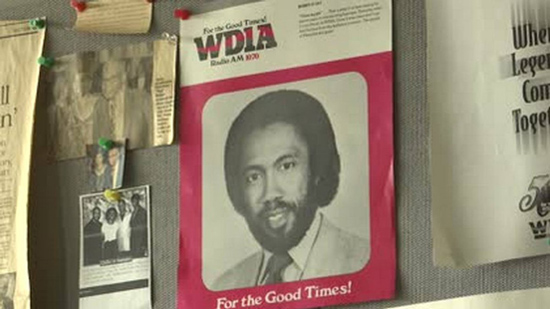 Following his personal life, it’s said that the radio personality has frequently talked about his wife, Sharon, on-air at WDIA. Bobby was inseparable from his beloved wife. Sharon was his other half.

According to close sources, those who were close to them would know that the lovely couple meant the world to each other. His wife’s opinion meant a lot to him and to WDIA listeners.

As Devin Steel said once, people felt like Sharon was considered to be a part of the radio station and listeners were willing to know her as well.

Mr. steel who had known the pair for almost 20 years shared a few more details about their relationship by saying that she would talk from a woman’s perspective at the time she was on the radio with Bobby.

In Mr. David’s point of view, the lovely couple had a very private personal life which was of course respected by a lot of people and looked up to. Mr. Steel referred to Mrs. Sharon as a humble and class-act type person.

Bobby O’Jay’s death was confirmed by Radio host Bev Johnson to WREG, who shared he passed away on the job. When O’Jay turned on the phone line at 9 a.m., the radio station was playing music.

Jesse Tisdale Jr. tweeted: “@WDIAMemphis Rest In Peace to the Iconic Memphis Dj Bobby O’ Jay. Condolences to his whole family during your time of loss. May GOD continually comfort you all daily. Mr. O’Jay will truly be missed. 🙏🏾🙏🏾🙏🏾 #Memphis Legend.”

One expressed: “My condolences to Bobby O’Jay and family. He always spoke highly of his wife and you could always hear the love he has for her. RIP Sharon.”

One commented: “Local legendary DJ – Bobby O’Jay has passed – prayers up for a Memphis legend…it was sudden- he was on the radio this morning.”

A fan wrote: “@EnaEsco can you link your episode of Verbally Effective with BobbyO’Jay? I really enjoyed it and it might be good for everyone to listen. RIP BobbyO’Jay.”

Secret of Famous Actor David Genaro’s Cause of Death
Donya May 23, 2022

Long-Term Disease Turned As Cathal Coughlan’s Cause of Death
Sarah May 23, 2022

Secret of Famous Actor David Genaro’s Cause of Death

Long-Term Disease Turned As Cathal Coughlan’s Cause of Death