Channel Nine newsreader and Bandstand host Brian Henderson’s cause of death has been clarified after he passed away on Thursday morning (August 5, 2021) at the age of 89. May the legend rest in peace.

The heartbreaking death news was confirmed by Hendo’s wife of 54 years, Mardi, who revealed her husband’s cause of death after announcing that he died early on Thursday. Nine’s Sydney newsreader Peter Overton first said he had received a text from Henderson’s long-time wife to say he had died at about 4.50 am.

Peter Overton said Henderson “was at peace when he passed away, and he was surrounded, he had Mardi and beautiful daughters, Jodie and Nicole.”

“I’ve spoken to them this morning and they are naturally as a family just gathered and sitting and reflecting on this man who had, may I say, a wicked sense of humour and was so engaged in the news right up to his passing,” Overton continued.

Henderson leaves behind his wife Mardi and their two daughters, Jody and Nicole, as well as two other children from his first marriage. The couple first dated when Mardi was only 16, and Brian was 33; so her parents don’t let them to marry until she had turned 18.

Well-known for shunning publicity, beloved Brian was one of the last newsreaders who were announcers and did not enter in reporting world. When he retired in 2002, he caused a period of instability at Nine news as they were trying to replace his familiar voice of authority.

What was Brian Henderson’s Cause of Death?

Brian Henderson’s cause of death was announced as his longtime illness; Australia’s longest-serving news presenter lost his life following a battle with cancer.

Henderson survived several battles with cancer before deciding not to receive treatment for kidney cancer last year. In an interview soon after that diagnosis, Henderson claimed he had not been scared of death; nevertheless, he had been concerned about leaving Mardi “who may be a bit lonely when I’m gone.”

He even once joked that he lived more than his fair share of cancer diagnoses, saying in 2014, “I’ve survived battles with bowel, prostate, and skin cancer, this time around its throat cancer,” adding, “Fortunately, the prognosis looks good, thanks to early detection. So I’m remaining cautiously optimistic.”

The unforgettable legend hosted the Sydney weeknight news for Nine from 1957 for about 45 years until his retirement. He additionally hosted Bandstand from 1958 until 1972.

Soon after the tragedy was confirmed, many of Brian Henderson’s fans and friends showed their sadness on social media, sharing their heartwarming tributes:

Ex sports journalist and television presenter Ken Sutcliffe, who served alongside his mate ‘Hendo’ for more than twenty years, has described him as “the Frank Sinatra of newsreaders”.” Sinatra was known for wonderful, impeccable diction and breath control. That’s the way I saw Hendo” Sutcliffe told.

Peter Costello, Chairman of Nine, expressed his sadness through a heartwarming tribute, writing, “Brian Henderson was the best of the best, he was iconic. The ultimate professional and the trusted face of television news for generations of Australians.”

Costello continued, “Hendo was not just a much-loved newsman, he also brought modern pop music to generations of Australian teenagers through his hosting role on Bandstand.” 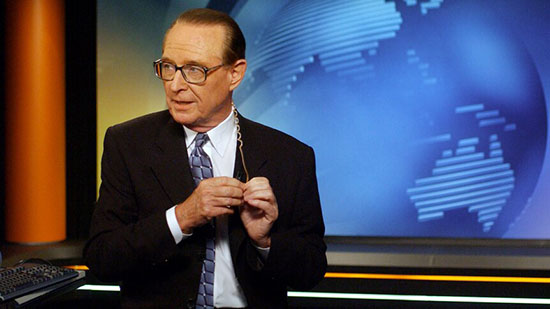 Australian media lost the most trusted News Anchor with the passing of Brian Henderson.

Another said, “You don’t get many people in media or TV these days with as much class, style as #BrianHenderson. He will be remembered. A sad day for Australia and all those he was a regular in their living rooms.”

Someone wrote, “Sad news that #brianhenderson has passed away. I remember as a kid sitting on the lounge with my father watching the news each night. Then discussing world events with my Dad until mum roared at us to go to bed whenever a big news event happened. My heart goes out to his family.”