With a heavy heart, we inform you that the NFL Umpire & Replay Official has sadly passed away on October 25, 2021. Carl Madsen’s cause of death is yet behind the shadows; Stay to learn more details.

As the NFL senior vice president, Walt Anderson, has stated, Mr. Madsen used to be an NFL officiating fixture for more than two decades. Before transitioning to a replay role in 2009, he was a highly-respected on-field official at first.

Mr. Anderson shared: “A terrific friend and colleague, Carl’s love of football and dedication to officiating were ever-present, as he generously shared his time to mentor young officials at clinics across the country. A veteran of the Air Force, Carl had a tremendous spirit and will be greatly missed.” 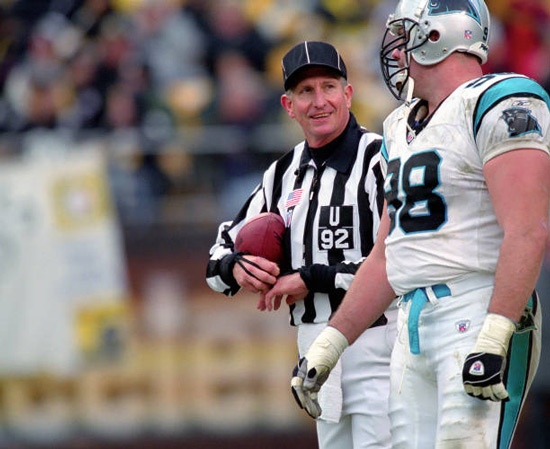 As you may already know, Mr. Madsen had spent almost the last 12 years as a replay official as well as spending 12 years as an on-field official. As it’s said, he will be missed by those who worked with him on the field.

Another heartfelt story was shared yesterday as well, announcing “Friends” actor James Michael Tyler’s cause of death due to his long-term disease.

The latest: Perth Radio Host Russell Woolf’s Cause of Sudden Death at 57

Story Behind Carl Madsen’s Cause of Death

The heartfelt news has been shared on social media, sharing Mr. Madsen’s death. Nothing has been shared yet, clarifying Carl Madsen’s cause of death; however, we know that he passed away on Sunday at the age of 71.

One has mentioned that Mr. Madsen’s death was due to an illness: “The NFL announced that video referee Carl Madsen died yesterday at age 72. He was on his way home from working on the Titans and Chiefs game when he had a sudden illness and died.” It’s not been refused nor confirmed by a close source.

According to sources, after working the Week Seven game between the Titans and Chiefs, he passed away on his way home. Make sure to check back the US Day News regularly for the latest updates and be the first to know.

Many have been attributed on social media, including Tom Pelissero, who tweeted: “Terrible news: A longtime member of the NFL officiating family, replay official Carl Madsen, passed away tragically Sunday while en route home from the Kansas City-Tennessee game. He was 71.”