The Road Bicycle Racer Chris Anker Sorensen’s Cause of Death

With sorrow, we have to announce the death of a former Danish professional road bicycle racer on September 19, 2021. Stay a little bit longer to find out Chris Anker Sorensen’s cause of death.

From 2005-2018, Chris Sorensen managed to participate in 12 Grand Tours in his career as an active cyclist, while in 2015, he won the Danish Championship in road racing.

According to sources, Mr. Sorensen changed his job as a cyclist with a place in the commentator box at TV 2 SPORT after his active career, where he has been a held and respected colleague. 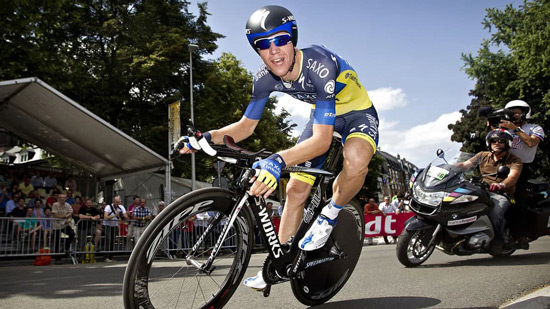 In the past year, he played for the Rival Danish team. He started his career with the Danish cycling team CSC from Bjarne Riis.

CadiaN expressed: “Incredibly sad with Chris Anker Sørensen. That man has given so much. Huge fan of his mood and ability to convey his many experiences in cycling. Rest in peace.”

Noted, Mr. Sorensen was a recognized and respected commentator. His knowledge and warm mood lit up the commentator box with his great insight into the company of people like Dennis Ritter and Rolf Sorensen.

The Latest:
Possibility of Foul Play Behind Gabby Petito’s Cause of Death
Illness Become England Satr Jimmy Greaves’ Cause of Death

Unfortunatly, Mr. Sorensen passed away at the age of 37. It’s reported that he was in Belgium as part of the coverage around the World Cycling Championships. Chris Anker Sorensen’s cause of death was reported due to an accident.

It is said that he was hit by a car during a bike ride. According to TV 2 SPORT‘s sports director, Frederik Lauesen: “It is with great sadness that I have received the news that our good colleague Chris Anker Sørensen is dead.”

It was added: “Mr. Sorensen was in Belgium for the World Cycling Championships. Today, Saturday, he was out cycling and was hit by a car, and he later died of his injuries. Our thoughts and deep sympathy go to Chris Anker Sørensen’s family, says Frederik Lauesen.”

According to a tweet, Danish cycling legend Chris Anker Sørensen has passed away after suffering a severe injury while covering the UCI Road World Championships.

David Lappartient said: “Words can’t express my sadness to hear of the tragic passing of former professional cyclist and journalist Chris Anker Sørensen. To the family, friends, and @dcucykling, my deepest sympathies for this terrible loss.”

Considering the privacy of Sorensen’s family and loved ones, not many details have been shared due to Chris Anker Sorensen’s Death; however, the US Day News will update you soon.

There are few words to express the deep pain and sorrow of losing one of the greatest cyclists to a car accident. Many have been sharing their condolences as the tragic news came out.

UCI made an announcement: “A tragic loss occurred today with the passing of former professional cyclist and journalist Chris Anker Sørensen. Our thoughts are with his family, friends, and everyone at @dcucykling.”

One wrote: “I’ve never been so sad that someone I never knew has passed away. Fuck, that’s awful! Rest in peace, Chris Anker Sørensen. And thank you for great and fun experiences.”

Another shared: “Danish cycling commentator and former pro rider Chris Anker Sørensen has been killed in a training accident in Belgium. Shit, this one hits hard. So incredibly skilled and seemed to be an equally generous and warm human being.”

Martin Pedersen said: “For all of us who follow cycling, the news of Chris Anker Sørensen’s death is heartbreaking. What a person he was, a cyclist, and a communicator and entertainer he was. Thank you for the experiences and memories from here as well.”

An account tweeted: “Flanders 2021 and the UCI are saddened by the news that former rider Chris Anker Sørensen has passed in a traffic accident. Chris attended the 2021 UCI Road World Championships while working as an analyst for Danish television. Our thoughts and prayers are with his loved ones.”

Mystery Behind Comedian Mort Sahl’s Cause of Death
Donya October 26, 2021

Does Mike Lucci’s Cause of Death Relate to an Illness?
Tavakkoli October 26, 2021

Mystery Behind Comedian Mort Sahl’s Cause of Death

Reality Behind Baseball Coach Glen Tuckett’s Cause of Death

Does Mike Lucci’s Cause of Death Relate to an Illness?