Day of disaster; we were informed of Chris Bailey’s passing at 65, confirmed by his band members in a post on April 10, 2022. His cause of death remains untold.

Born in 1957, the beloved and talented Australian singer, songwriter, musician, and producer, was the co-founder and singer of the rock band called the Saints, formed in 1973.

The UK with the classic punk anthem “(I’m) Stranded” is considered to be their first significant success. The Saints slowly gained fame and walked toward a more sophisticated sound on their next few albums. 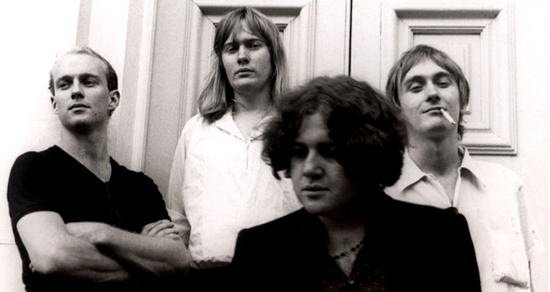 Bailey continued to lead the band into the 1980s. He formed the Chris Bailey Combo in 1991, including Paul Hester, Nick Seymour, and Dror Erez and a revolving cast of guest players.

His second solo album, which was a big step for him toward success, was called Demons was named Demons. IT was recorded where he had been sent by TVT Records in Memphis, Tennessee.

In October 1992, Savage Entertainment was released. One year later, Bailey wrote and recorded with Concrete Blonde’s Johnette Napolitano, such as a reworking of the song “All Fools’ Day”.

54 Days … at Sea, his fourth solo album, was recorded in Malmö, Sweden. It was released in 1994 and featured Bolivian folk musicians Mundo Folk, whom Bailey had seen busking when visiting friends in Sweden the previous year.

Another sad news was received on April 11, 2022, after Texas Chainsaw Massacre actress Kathy Lamkin passed away. Although the star died on April 4, Kathy Lamkin’s cause of death is still mysterious.

The Saints’ Lead Singer Chris Bailey’s passing came as a big shock to all. He passed away on April 9, and his death announcement came one day after. The singer still had so many years of growing in his passion. No health issues or diseases stand behind his cause of death.

RIP dear Bailey. You shall be missed 💙 May his legacy never be faded and lives on forever.

Ed Kuepper tributed: “very sad to confirm the news about Chris Bailey dying on the weekend. Chris and I met when we were about 14 during detention at Oxley High School and became close friends which later developed into what I always thought was an extremely strong artistic partnership.”

He added: “I couldn’t have hoped for a better singer. My deepest condolences to his wife Elisabet, his sisters Margaret, Carol, and Maureen, and the rest of his family and loved ones. I’ll post something longer down the track but for now…”

A fan commented: “Ed We owe you, Chris and so many of your peers a massive thank you and sorry. So many never sacrificed their art. The landscape of AU music is unique and second to none. We did not tell you that enough. Chris will live forever through his gifts. Vale.”

Another quoted; “John Peel, August 1976. Plays Ramones ‘I Don’t Wanna Go Down to the Basement’ followed by ‘Stranded’ by the Saints. I became a punk, my generation turned on its axis and found its voice. #RIPChrisBailey.”

Rolling Stone wrote: “Chris Bailey, the founding frontman of the trailblazing punk outfit the Saints, has died at age 65. “It is impossible to exaggerate the resulting radical galvanizing effect,” Nick Cave wrote, adding that their shows “changed the lives of so many people.”

Jimmy Barnes expressed: “One of the greatest songwriters this country produced has passed away. His band The Saints were punks before punk. He was a master of words and helped tell our story. RIP Chris Bailey.”

Bailey was born in Nanyuki, Kenya, to Irish parents in 1957. He lived in Belfast for the first seven years of his life before his family emigrated to Australia.

His father told him: “It would be better than singing. But this is all up to you. You have your own life and have rights. I don’t force you.” 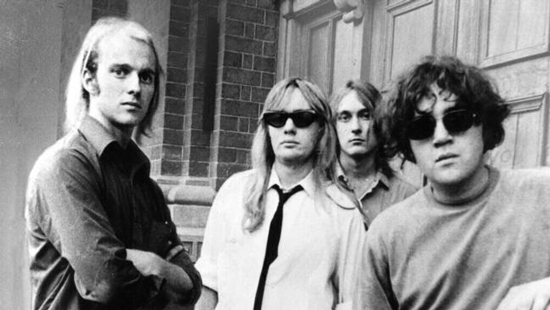 They lived in Inala in Brisbane. Chris met bandmates Ed Kuepper and Ivor Hay at Corinda state high school. Kid Galahad was their original band name and therefore the Eternals changed the name to the Saints in 1974.

In 1996, Bailey revived the Saints to record Howling after several years of solo adventure. The album was followed by Everybody Knows the Monkey, Spit the Blues Out, Nothing is Straight in My House, Imperious Delirium, and King of the Sun. They were all recorded under the name of the Saints.

Bailey was one among the invited artists to perform on a stage at the Melbourne Cricket Ground in front of an audience of about 100,000 people for the 25th-anniversary celebration of the Mushroom Music in 1998.

“Ghost Ships” and “Just Like Fire Would” were his two solos which he performed, as well as performing a duet with Paul Kelly on “Wide Open Road”, a tribute to the late David McComb of the Triffids.