Secret Behind Drummer Charles Connor’s Cause of Death Revealed

Little Richard and other music greats’ drummer Charles Connor’s cause of death has been revealed after the legend passed away on July 31, 2021, at the age of 86. May he rest in peace.

The heartbreaking news was confirmed by Connor’s daughter, Queenie Connor Sonnefeld, who said her father died peacefully in his sleep early Saturday while under hospice care at his home in Glendale, California.

Calling the drummer a “great father” who was always positive and a person who never gave up on his dreams, she explained about his father, “He was one of those drummers that was a bricklayer of creating that rock’n’roll genre. He played behind so many legendary musicians in the 1950s. He was a loving grandfather and was very proud of his family and took a lot of pride in his contributions to rock’n’roll.”

Charles Connor kicked off playing drums when he was a 12-year-old athirst boy. He began his professional career three years later when the singer and pianist Professor Longhair chose him as a last-minute replacement for the 1950 Mardi Gras in New Orleans.

Beloved Connor turned 18, entered Little Richard’s original road band, the Upsetters. The band performed in many successful feature films such as The Girl Can’t Help It with Jayne Mansfield and Don’t Knock the Rock and Mister Rock and Roll.

Connor traveled with several musical greats throughout his career life like James Brown, Jackie Wilson, and the original Coasters. He was additionally awarded a certificate of special recognition from the US congresswoman Maxine Waters in 1994.

What was Drummer Charles Connor’s Cause of Death?

About drummer Charles Connor’s cause of death, Queenie Connor Sonnef announced his father had been diagnosed with normal pressure hydrocephalus, a brain disorder that led to fluid buildup.

Two years after publishing the motivational book Don’t Give Up Your Dreams: You Can Be a Winner Too! in 2008, Connor was inducted into the Louisiana Music Hall of Fame. Also, good to know, he released an EP, Still Knockin’, 5 years later in 2013. At the time of his passing, he was working on an autobiographical documentary.

Connor was married to Zenaida for more than 30 years and until his death. The couple reconnected in 1981, having first dated while he toured the Philippines with Little Richard’s band. They shared a daughter named Queenie.

Soon after the tragedy was confirmed, many of Charles Connor’s fans and friends showed their sadness on social media, sharing their heartwarming tributes:

Low Cut Connie wrote, “RIP to the awesome rock n roll drummer Charles Connor. He was an original Upsetter with Little Richard, and they absolutely changed the world with those crazy beats. His opening fills on this tune alone (ripped by Bonham years later) are earth-shattering.”

Ralph Garman tweeted, “Charles Connor was so much more than the security guard at KROQ. He was Little Richard’s original drummer. He was one of the architects of rock n’ roll. His influence on popular music is massive.” 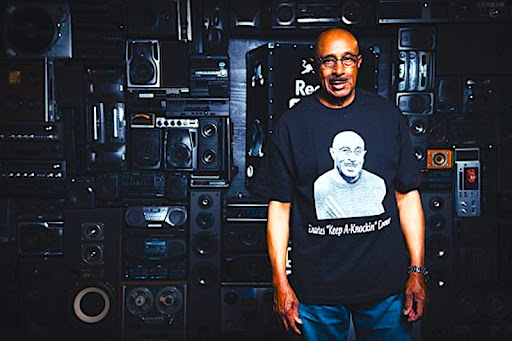 One of the ‘bricklayers’ who created rock’n’roll, Charles Connor, died.

Writer Kat Corbett said, “I’m so sad waking up to the news that Charles Connor has passed away. This guy is a legend. Little Richard, James Brown, Sam Cooke, just a few names he provided the backbeat for with his own unique style. Every day I went into studio I’d ask Charles for a story…”