Story Behind Basketball Coach Dusan Ivkovic’s Cause of Death

With a heavy heart, we inform you of the well-known Serbian basketball coach’s death on September 16, 2021, at aged 77. Dusan Ivkovic’s cause of death has been shared and confirmed; stay to find out more.

Mr. Dusan was well-known mainly for being the most influential coaches in European and world basketball, achieving numerous titles in his 46 years active.

Coaching several Greek basketball clubs, he began his career with the youth squad of Radnički Belgrade. Later on, he planned to move to Partizan, winning the Yugoslavian championship in 1979. 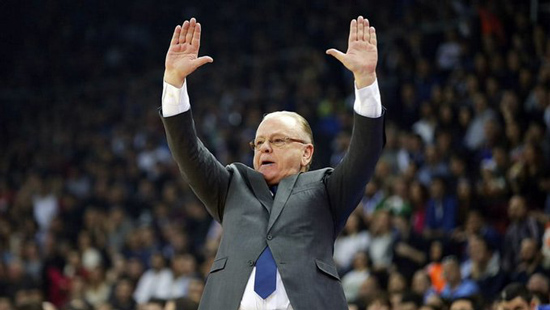 He was named a EuroLeague Basketball Legend in 2017, being elected to the FIBA Hall of Fame in 2017. Mr. Dusan was also named one of the 50 Greatest EuroLeague Contributors in 2008.

He ended his career in Anadolu Efes back in 2016 after two seasons with the Turkish club. He has been referred to as a teacher and a mentor by many in the sports world.

Noted, Mr. Ivkovic remained active even after his retirement as a manager in a local Belgrade basketball team, Radnicki, where he started as a player.

Dusan Ivkovic’s cause of death was reported to be lung failure. Coach Ivkovic passed away in the early hours of Thursday morning, September 16, in a Belgrade hospital, collected fluid in his lungs.

It is said that the commemoration on the occasion of his death will be held in the National Assembly of the Republic of Serbia on Monday, September 20, starting at 4:00 p.m.

Fran Fraschilla tweeted: “Legendary Serbian coach, Dusan Ivkovic, has passed away. Sat behind his bench at the 2010 FIBA World Championships in Istanbul. It was like watching Mozart compose music.”

One wrote: “A great man, one of the giants of the international basketball scene tragically left us today. Dusan Ivkovic, a personality beyond and above, is one of the few professors of basketball. Thank you for everything and rest in peace.”

Real Madrid C.F.  announced: “Real Madrid C. F., its president and Board of Directors deeply lament the passing of the legendary Serbian basketball coach Dušan Ivković. Real Madrid wishes to express its condolences to his family and friends, and to all of his clubs.”

Please remember that our condolences will be the only thing to get his beloveds through such difficult times. Kindly leave yours in the comment box below.

An unknown account said: “We have lost one of the best basketball coaches in the world today. Dušan Ivković was 77. He was a 3 times European champion and a World champion with Yugoslavia, and also won the Olympic Silver in Seoul. He also won 2 Euro leagues and a bunch of national championships. RIP.”

Fenerbahçe Beko shared: “We are deeply saddened by the loss of the European basketball legend Dusan Ivkovic. We give our condolences to his family and loved ones.” 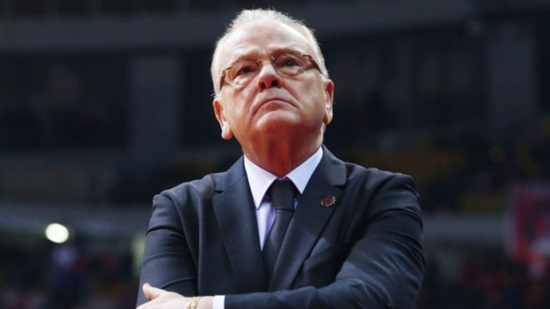 One expressed: “Vassilis Spanoulis on the passing of Dusan Ivkovic: “Ahh Doubt. TEACHER, LEADER, LORD !!! The words are very few in front of your greatness. Thank you for everything you taught me. For being my mentor and being always next to me. You were basketball itself. I’m heartbroken.”

FIBA tweeted: “The basketball world is in mourning following the passing of the legendary coach, Dusan Ivkovic Enshrined into the #FIBAHallofFame in 2017, Duda was a giant in his profession who claimed title successes as a national team coach, and also while at the helm of numerous clubs.”

It is written: “The teacher, the mentor, the great Dusan Ivkovic. A huge basketball personality passed away this earlier today. The memories will stay with us forever, together with his enormous contribution to the sport. Fare well Duda…”