Behind Shadows Story of Edita Gruberová’s Cause of Death

With a heavy heart, we inform you that the well-known Slovak coloratura soprano has passed away on October 18, 2021. Edita Gruberová’s cause of death is yet untold but stays to learn more about the singer.

As you may already know, the beloved Gruberova had an extraordinary voice that repeatedly motivated directors to include rarely performed operas with challenging singing roles in their programs, especially for them.

Gruberova, born in Bratislava in 1946, grew up in simple circumstances as her father drank, and she developed a close relationship with her mother. Singing was her escape from the often harsh reality and difficulties she was going through at home, in the school choir, and the children’s radio choir.

After studying at the Bratislava Conservatory for seven years, she debuted at the Vienna State Opera in 1970 in Mozart’s “Magic Flute” as Queen of the Night. She sang in this role for the first time at the Bavarian State Opera in 1974.

Performing on the opera stage for more than 50 years, she went on an international breakthrough in 1976, playing the role of Zerbinetta in “Ariadne Auf Naxos” by Richard Strauss.

Best-known as the “Queen of Coloratura,” Gruberova earned multiple audiences internationally. She became famous mainly after appearing in the roles of Zerbinetta, Konstanze, Donna Anna, Rosina, Gilda, Violetta, and Lucia.

May she fondly be remembered. Please remember that our condolences will be the only thing to get her beloveds through such difficult times. Kindly leave yours in the comment box below.

What We Know about Edita Gruberová’s Cause of Death

The tragic news has been shared on social media without clarifying Edita Gruberová’s cause of death; however, make sure to check back the US Day News regularly for the latest updates and be the first to know.

According to her family’s announcement via the Munich agency Hilbert Artists Management, she passed away on Monday at the age of 74 in Zurich.

People immediately began writing kind and emotional messages of prayers and solidarity for family and friends showing respect to one of the best singers. 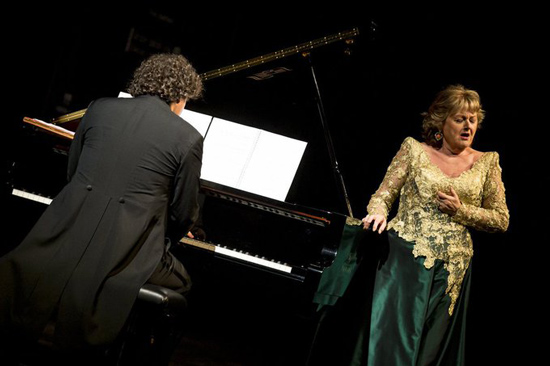 “Slovakia is and will remain my home country.”

One tweeted: “Goodbye, dear Edita Gruberová (74). Relentless, poignant voice and at the same time a vehicle of fragility (Stuarda) and temperament (Zerbinetta or Queen of the Night). At the Liceu, he gave us the best of his art. Unforgettable, the Gruberová is already part of the legends of our stage. RIP.”

Decca Classics announced: “Absolutely devastated to hear that the coloratura soprano Edita Gruberová has passed away at the age of 74. Her legacy remains as one of the great singers and musicians of the 20th and 21st centuries. She will be missed.”

It’s written that: “Today a major part of operatic history has left us. I was lucky to have seen Edita Gruberová live. It was late in her career, but the artistry was undimmed & what was more apparent was the sheer technical mastery she displayed, the product of a lifelong striving for excellence.”

More About The Singer

Putting aside the fact that she had lived abroad for 45 years and rarely travels to Slovakia, her emotional connection has not been lost as she emphasized before her 70th birthday in December 2016 that Slovakia is and will remain her home country.

She said: “I feel at home there, relaxed and happy.” She ended her long journey, standing on the opera stage in March 2019 at the Bavarian State Opera in one of her prime roles as Queen Elisabetta in Donizetti’s tragedy Roberto Devereux in production by Christof Loy.

Gruberová was an Austrian and Bavarian Kammersängerin who used to be an honorary member of the Vienna State Opera. She has made many remarkable recordings, extended selections from Donizetti’s Tudor Queens’ trilogy and other bel canto operas.

She delighted herself with the fact that she used her expressive voice for very individual interpretations. As an example, she said in an interview that she particularly liked the compositions of the Italian composer Gaetano Donizetti as he had expressly requested that the singers be creative instead of strictly adhering to detailed specifications.

To name one of the most beautiful memories of her career, it can be referred to her musical breakthrough in 1976 as Zerbinetta under Karl Böhm as a conductor playing the role of Lucia in Donizetti’s Lucia di Lammermoor.

At that musical, she sang for the first time at the Vienna State Opera in 1978 and has repeatedly since played which has been considered as one of her favorite roles. she said she had one of her most beautiful appearances as Violetta in Verdi’s opera “La Traviata” at the New York Met under Carlos Kleiber at the end of the 1980s.

She had performed on many stages, including La Scala in Milan, London Covent Garden, Metropolitan Opera New York, and Grand Opera Paris, as well as performing at the opera houses in Berlin, Munich, Geneva, Zurich, Florence Madrid, and Barcelona.

Also, read about:
Does Betty Lynn’s Cause of Death Relate to an Illness?

A fan shared: “Incredibly sad to hear that Edita Gruberová has died. It was her voice – specifically her Bell Song – that got me hooked on opera. It was because of her that I went to Barcelona, Munich, Zurich, Berlin & so many other places for the first time. She literally expanded my horizons.”

Peter Kažimír kindly wrote: “We lost one of the greatest divas of music & opera. Edita Gruberová was unique, extraordinary, a true artist of heart… the most amazing and greatest Norma ever. She’ll be greatly missed.”

Another tweeted: “What a tragic year losing two of my lifelong idols. First Christa Ludwig and now Edita Gruberova. She has been my inspiration since I wanted to become a singer. Very sad news of her passing and all sympathies to her family. She was far too young to leave us #editagruberova.” 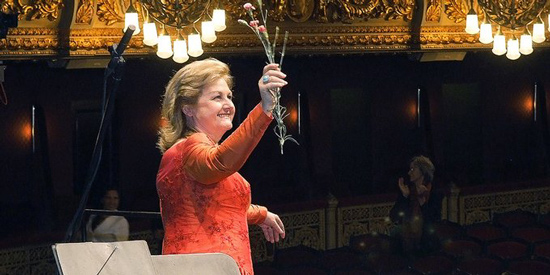 “One of the greatest divas of music & opera.”

One said: “That’s very sad news indeed: the great Edita Gruberova passed away. One of the greatest singers and artists I have ever experienced live. Here she is as Elisabetta in Roberto Devereux. I heard her several times in this production. Unforgettable! R.I.P.”

Another fan expressed: “Very sad to hear this news. I was privileged to be able to see and hear Edita Gruberova at the Zurich Opera House. It was a marvelous and unforgettable experience every time.”

Serge Dorny commented: “It was with great sadness that we learned of the death of the incomparable Edita Gruberová at the Bavarian State Opera. Here at the house, we had the privilege of witnessing and celebrating their great roles and successes. A painful loss for all of us!”

More Articles:
Actress Dorothy Steel’s Cause of Death at 95 is Unknown