With the most profound sorrow, we have to inform you of the basketball player, Freeman Williams’ death, announced on April 20, 2022. His cause of death is yet unrevealed. He passed away at the age of 65.

Born on May 15, 1956, Freeman grew up as a basketball legend who was considered to be the 1978 NCAA men’s basketball Division I scoring champion, as well as the Portland State University all-time scoring leader.

Williams used to serve as the NCAA Division I national men’s basketball individual scoring leader in 1977 and 1978. He used to be a consensus second-team All-American in 1978. 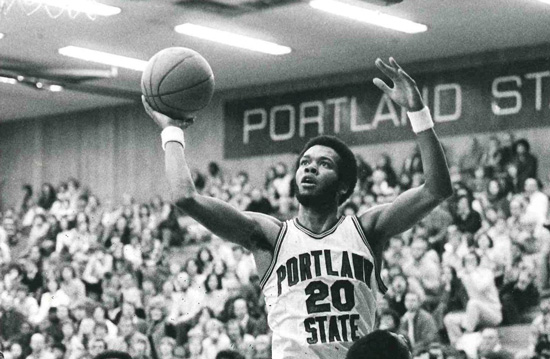 Freeman was second in Division I history in scoring, trailing only Pete Maravich. Might be interesting to know that this legend was a 1978 first-round draft pick (8th overall) by the Boston Celtics.

Starting his pro-playing career started in 1978 with the San Diego Clippers, Williams finished in the top 10 for three-point field goals in three consecutive seasons, 1980 through 1982.

He happened to play in the 1987 Philippine Basketball Association (PBA) for the Tanduay Rhum Masters. At that point, he successfully scored 82 points, which included 10 three-pointers, in one game.

To respect his family’s privacy, no statement was released to clarify the cause after Freeman Williams’ death announcement. As far as we know, no sign of health issues of a particular disease stands behind his cause of death.

Beloved Williams was traded by the Atlanta Hawks along with John Drew in September 1982, and cash to the Utah Jazz in exchange for Dominique Wilkins who was drafted by the Jazz and refused to sign.

In case you didn’t know, the legend played a small part as a fictional playground legend Duck Johnson in the 1992 film White Men Can’t Jump. May he rest in peace.

Utah Jazz tweeted: “Utah Jazz We are saddened by the news that Freeman Williams, former Utah Jazzman, has passed away at the age of 65. The Utah Jazz family sends its love to Freeman’s family, loved ones, and fans as they grieve his loss ❤️”

A fan expressed: “Freeman Williams could flat out score. His first 4 NBA seasons were with the San Diego Clippers, where he averaged 16.4 points in just 22.3 minutes. Was the Celtics 1st round pick in 1979, but was traded as a package that got Tiny Archibald, and later Danny Ainge, to Boston. RIP.”

Portland State Men’s Basketball announced: “We lost a legend. Join us in remembering Freeman Williams, who died at the age of 65. #ProudViks.”

One wrote: “Fortunate to get to know the legendary Freeman Williams a little bit. 11 years ago I wrote an article guessing how many pts he might’ve scored with a 3-pt line during his era. It was all projection, but a fun guess (and so many people used to ask). #GoViks.”