Mystery Stands Behind Gwen Casten’s Cause of Death at 17

With a heavy heart, we have to inform you that U.S. Rep. Sean Casten’s 17-year-old daughter was found dead, announced on June 14, 2022. Gwen Casten’s cause of death is yet under investigation.

Born on November 23, 1971, the American businessman and politician, Sean Thomas Casten has served as the U.S. representative for Illinois’s 6th congressional district.

The district covers portions of five counties in Chicago’s western suburbs and Wheaton, Palatine, and Barrington are included. 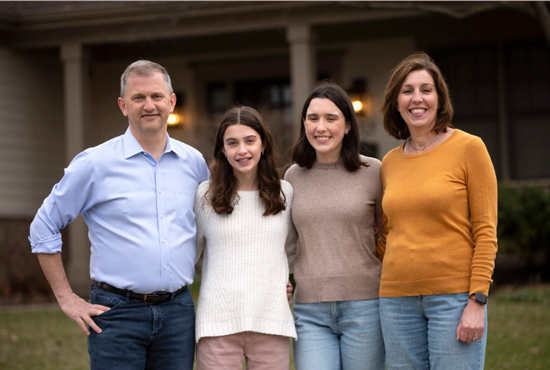 It was September 2017 when in Illinois’s 6th congressional district, Casten announced his candidacy for the United States House of Representatives.

To become the party’s nominee against six-term incumbent Republican Peter Roskam, this man defeated six other contenders in the 2018 Democratic primary.

To name a few of his achievements in his younger ages;

An investor in RED sued the company back in 2015, alleging mismanagement by Casten. Casten settled the lawsuit and sold the company in 2016. In his defense, the allegations against him were untrue and were part of a hostile takeover attempt.

Behind Shadows Gwen Casten’s Cause of Unexpected Death

This morning, congressman Casten’s beloved daughter passed away, announced through a statement on Monday evening. Since the Casten family requested privacy, Gwen Casten’s cause of death has remained private till now.

Rep. Sean Casten announced: “This morning, Congressman Casten’s beloved daughter, Gwen (17), passed away. The Casten family requests privacy, and we will be issuing no further comment during this heartbreaking time.”

In the block where Casten lives just before 7 a.m. Monday, Downers Grove police were called to a house “for an unresponsive seventeen-year-old female.”

This beloved angel had recently made an appearance in a campaign video to show her support of her father’s bid for a third term in Congress.

She spoke of how turning 18 would be a “big year” filled with “lots of milestones,” such as “voting for the first time. But not just for anyone.” the video was shared like a month ago.

Also, as a March For Our Lives co-director for their Illinois chapter, Gwen’s Twitter bio indicates she was involved in gun violence advocacy work.

One tweeted: “Rep. Casten and family – my deepest sympathies for your loss of your daughter Gwen. I am just shocked at all you must be dealing with at this time. You have my extreme respect and support for all you do. So sorry for this heartbreaking news. Tears and hugs for you and yours.”

Jackie Speier shared: “Deeply shocked and saddened to see the news of the passing of @RepCasten‘s 17-year-old daughter Gwen, the “shero” for her in-school activism. My heart goes out to Congressman Casten; his wife, Kara; their daughter, Audrey; and their entire family.”

Another wrote: “As a mother, I can’t help but tear up every time I hear a story like this. What a terrible nightmare for the Casten family. May her memory be eternal. RIP beautiful Gwen.”