Condolences have been shared, informing us of heartbreaking news due to Hans-Erik Dyvik Husby’s passing on November 19, 2021; But is it just a rumor, or has the legend passed away? And if so, then what’s Hank Von Helvete’s cause of death? Stay to find out.

Hans Erik Dyvik Husby, born in June 1972, was a Norwegian musician most famous for being the former lead vocalist of the punk rock band Turbonegro.

Most famous by the name Hank von Helvete and Hank von Hell, joint No. 1 hit alongside Maria Solheim in the Norwegian Singles Chart with “Rom for all” 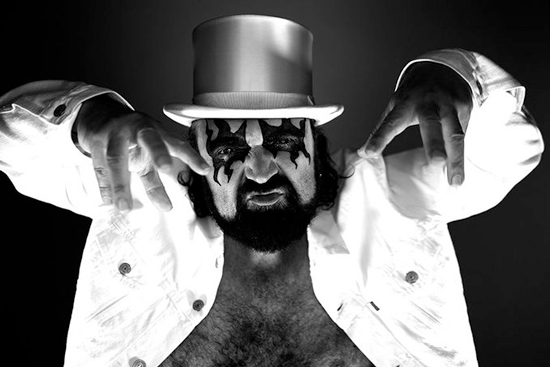 Von Hell’s former band Turbonegro, as you may already know, is famous for their tongue-in-cheek humor dealing alongside punk rock antics, homosexual aesthetics, and the formation of a genre they label death punk.

Von Hell released his first single Bum to Bum on 31 August 2018, from his forthcoming solo record Egomania, and later on, the album was released worldwide through Sony Music on 2 November.

“The timing was just right. I was done with other “angels” in life, and it felt like it was time to go back and do what I always should’ve done – ROCK. And shake ass,” he answered due to the question of why he decided to produce a solo record.

Noted, the legendary singer was married to model Gro Skaustein in August 2009, and the marriage lasted for almost five years. The couple has a daughter together.

Another Heartfelt Story Has Been Shared As Well. Read to Find Out More About Deadly Disease Leads to Voice Actor Will Ryan’s Cause of Death. You May Also Want to Visit The US Celebrities Death News Section For More Related Articles.

Story Behind Hank Von Helvete’s Cause of Death

Hank Von Helvete’s cause of death is yet behind the shadows; however, the news has broken so many hearts. Many have been attributed and shared their condolences through social media.

Since we have learned the heartfelt news from social media and several tweets by fans, it needs to be mentioned that not a single reliable source has been shared confirming these rumors or the singer’s cause of death.

Simon Young just tweeted: “Damn,” along with a photo from the legend. A fan replied: “RIP Hank Von Helvete. You were the King. The ultimate apocalypse dude.”

A fan tweeted: “Absolutely sad that we have lost Hank von hell, for a f**king legend. This weekend, an extra amount of Turboneger will be played.”

GothicSmile shared: “Sad to hear that Hans-Erik Dyvik Husby AKA Hank Von Helvete has passed away. Thank you for all the music, may your spirit rest in peace.”

Another one said: “It is rumored on Facebook that Hank von Helvete is dead, but is not officially listed.” One commented: “Per Heimly has posted a picture of Hank with hearts. Sad looks like that’s right.”

Mayra Dias Gomes was one of the firsts to announce: “Very sad to hear about the passing of one of my favorite frontmen of all time. Rest in peace, Apocalypse Dude, Hank Von Helvete. #Turbonegro forever.”