The most heartbreaking news was received on June 17, 2022, informing us of the most beloved actor Jean Louis Trintignant’s unexpected death. He passed away peacefully, of old age. May he rest in peace.

Born on December 11, 1930, the French actor, who was also a filmmaker, and racecar driver, had made his theatrical debut in 1951. He made his way to be seen and recognized as one of the most gifted French dramatic actors of the post-war era. 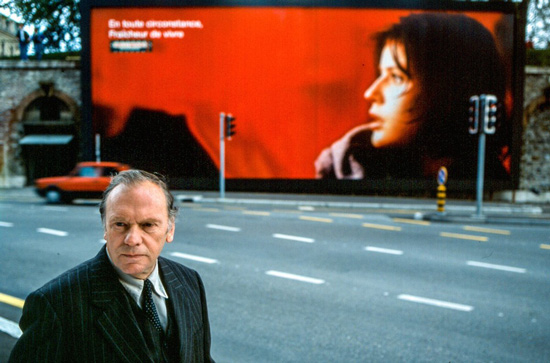 The legend was well-known for his starring roles in many classic films of European cinema. After making a critical and commercial breakthrough in And God Created Woman in 1956, his rep rose to prominence during the French New Wave period.

The victory was followed by a star-making romantic turn in A Man and a Woman which was made in 1966. He had received many awards such as:

The Latest:
What Happened to Actor Tyler Sanders at the Young Age of 18?
What Led to Political Analyst Mark Shields’ Passing at 85?

Jean Louis Trintignant’s Death Comes Out As a Big Shock

His wife Mariane Hoepfner Trintignant shared Jean Louis Trintignant’s death with the public this morning, saying that the actor of And God created the woman and Love, passed away at his home, in the Gard, surrounded by his relatives.

Charles Bramesco tribute: “Jean-Louis Trintignant was a powerhouse in COL CUORE IN GOLA, a little-seen early Giallo from Tinto Brass in which the actor absolutely pulverizes a drum set while costar Ewa Aulin does a striptease. Switches between color and b/w for budget reasons. Good flick. True movie star.”

Mr. Trintignant was diagnosed with prostate cancer in 2018. He announced at that point that his disease would not be seeking treatment. It was shared that he was gradually losing his sight and was in declining health in November 2021.

To know a little about his personal life must be noted that he married more than once. His first wife was actress Stéphane Audran and his second wife, who also is an actress, is Nadine Marquand. Nadine is also a screenwriter and director.

He was blessed by three children: Vincent, Pauline (who died of crib death in 1969), and Marie Trintignant (who passed away on August 1, 2003).

Marie performed in La Terrazza when she was only 17-year-old, alongside her father. She became a successful actress; however, unfortunately, it did not last. She was killed at the age of 41 by her boyfriend, who was a singer, Bertrand Cantat, in a hotel room in Vilnius, Lithuania.

During the span of her 36-year career, Beloved Marie appeared in over 30 movies. Her father was an actor and her mother was a director, producer, and screenwriter, so you can see that her family was deeply involved in France’s film industry. May she rest in peace.

A fan wrote: “They don’t externalization or project everything. They keep a mystery within themselves, and that I think is the sign of a truly great actor, to be able to maintain that.” – Haneke on Jean-Louis Trintignant (and Brando). RIP king.”

One tweeted: “His voice. His presence. His charisma. His incredible career, spanned 6 decades from Cavalier to Lelouch, from Bertolucci to Haneke and so many more.
Mourning the immense #JeanLouisTrintignant who passed away today at 91. 🖤🖤🖤”

The legend starred in many English-language films throughout the 1970s, such as The Outside Man in 1971 and Under Fire in 1983. Following that, he starred in François Truffaut’s final film, Confidentially Yours.

The first movies that he starred in were If All the Guys in the World, La Loi des rues, And God Created Woman, Women’s Club, Les liaisons dangereuses, and Violent Summer.

Due to mandatory military service, his acting was interrupted for several years; however, he returned to Paris and resumed his work in film after serving in Algiers. It was at that point that he had the leading male role in A Man and a Woman.it later became the most successful French film ever screened in the foreign market.

He was always dubbed into Italian, and he worked with Italian directors such as:

For those who may wonder, these are a few of his latest works: