Longtime American foreign correspondent and author Joe Galloway’s cause of death has been revealed after he passed away on Wednesday (August 18, 2021) at the age of 79. May the legend rest in peace.

His wife, Grace Galloway, confirmed the heartbreaking news, announcing that Journalist Joe Galloway, best known for his book recounting a pivotal battle in the Vietnam War that was made into a Hollywood movie, has died on Wednesday morning after being hospitalized near their home in Concord, North Carolina.

“He was the kindest, most gentle and loving man,” Grace Galloway in a statement, adding, “He loved the boys and girls of the U.S. military. He loved his country.”

With co-author retired U.S. Army Lt. Gen. Hal Moore, Galloway wrote “We Were Soldiers Once … And Young,” which described his and Moore’s experience throughout a bloody 1965 battle with the North Vietnamese in the Ia Drang Valley.

The book later inspired the 2002 movie “We Were Soldiers,” starring Mel Gibson as Moore and Barry Pepper as Galloway.

Joe was often remembered as a “soldier’s reporter” and valued sergeants more than generals and political appointees; he leaves behind two sons and a stepdaughter.

Story Behind Joe Galloway’s Cause of Death

According to his friend and former editor John Walcott, Joe Galloway’s cause of death at 79 at a hospital in Concord, N.C. was his complications from a heart attack.

Additionally, Galloway’s wife, Grace Galloway, confirmed that her husband had a massive heart attack earlier this month. In the latest days, she had posted on her Facebook that Joe Galloway had been in and out of the hospital recent days.

Galloway won a Bronze Star for rescuing wounded soldiers under fire in the Ia Drang Valley, the only civilian to be given a medal for valor by the U.S. Army for actions through the Vietnam War.

Late in his career, Galloway came back to reporting at Knight Ridder, supporting its Washington Bureau’s coverage of the George W. Bush administration’s case for removing Iraq’s Saddam Hussein.

In a journalism career that spanned nearly five decades, Galloway became known for writing elegant, richly detailed stories that immersed readers in conflicts around the world, including the 1971 war between India and Pakistan and the 1991 Persian Gulf War, which he covered while embedded with a tank unit for U.S. News & World Report.

Our thoughts and prayers are with great Joe Galloway’s family, friends, fans, and all of his loved ones on these tough days. You can also leave a condolence message below the comment box to honor him.

Also, our team is trying to provide more information about Galloway’s funeral arrangements, and we’ll update this story as we learn more.

Latest: Story Behind Legendary Footballer Gerd Müller’s Cause of Death

Joseph Lee Galloway was born in Bryan, Texas, in 1941. His father worked in the Army during World War II, and Joe meet him after the war had ended.

His mother encouraged him to go into journalism, as he had written a weekly newspaper for their neighborhood when he was very young. Then he started as a reporter in Kansas City by joining UPI in 1961, and for two years, he was bureau chief in Topeka, Kansas.

After working as a military parties correspondent and columnist, he spent more than two decades with UPI and retired in 2010.

He won a National Magazine Award at the US News & World Report for a story and worked as a special authority to Secretary of State Colin L. Powell before 2002, joining Knight Ridder.

His wife of 29 years, the former Theresa Null, passed away in 1996. Then his second marriage to Karen Metsker ended in 2012 when they divorced, and then he married Grace Liem Lim Suan Tzu, who was working as a nurse’s helper during the Vietnam War.

Joe Galloway partnered with Moore on another book, in 2008, “We Are Soldiers Still,” and teamed with Marvin J. Wolf to write “They Were Soldiers” (2020) about the postwar lives of Vietnam veterans. He also appeared in documentaries such as “The Vietnam War” (2017), directed by Ken Burns and Lynn Novick.

In 1993 he said: “You do this out of a sense of obligation to those who died and those who lived those especially. Their battle had been forgotten. You just can’t turn your back on something like that, not if you’ve seen it with your own eyes.”

Joseph “Joe” Galloway kept a relationship with the division in the decades after the war. He covered the 1st Cavalry Division’s Battle of the Ia Drang Valley in 1965.

In 2015, Galloway talked about when he arrived in Vietnam in early 1965, “I knew nothing about war except what I had learned from watching John Wayne movies.”

He said he learned that the war would be over quickly after Marines landed in Vietnam. “My first week on the ground with the Marines taught me that that was probably not the case. That was out of sheer ignorance of the situation, the enemy, the culture, and the country. I was as ignorant as most Americans were, but I had to learn very quickly, and combat is a very stiff taskmaster. You learn quickly, or you get killed.”

Finally, he found that the war would take massive resources, especially with Vietnam’s large borders infiltrated by sea and land.

In addition to his wife of Concord, survivors are two sons from his first marriage, Lee Galloway of San Antonio and Joshua Galloway of Houston; a stepdaughter, Li Mei of Concord; and three grandchildren.

One of his friends wrote on Twitter: “Deeply saddened today by the death of the intrepid war correspondent and investigative journalist Joseph Galloway, who I was proud and honored to call a friend.”

Robert Bateman also tweeted: “My good friend, one of my best over decades, my former housemate, my mentor and co-belligerent, Joe Galloway, died this morning. He survived and reported on seven wars, three riots, and a lynching. He wrote We Were Soldiers Once And Young. Remember him as he did others.”

An online user wrote: “Joe Galloway – We Were Soldiers – one of the great war reporters of his generation and my close mate died today. He was my hero, a man who ran toward the crash of the guns so he could tell the truth, whose guidance steered me on battlefields of Iraq and Afghanistan. RIP Bubba.” 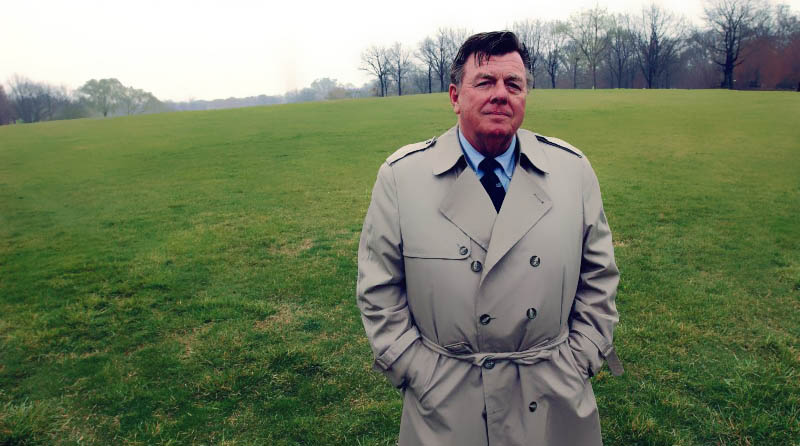 Another tweeted: “Oh no. I am so very saddened to hear this. Mr. Galloway was so supportive of the fine work you do, Sig. Hard to find a better champion than him. I thought he go on for many more years. We Were Soldiers is one of the best books on Vietnam I have ever read. He will be sorely missed.”

More like this: Pivot Gang’s Producer Squeak’s Cause of Death at 26