Bodybuilder John Meadows’ Cause of Death Related to His Illness

The tragic story behind professional bodybuilder and coach John Meadows’ cause of death has been revealed after he passed away Sunday on August 8, 2021, at the age of 49. May he rest in power.

The heartbreaking news has been confirmed by a person named Brooke Nappo on behalf of his wife (Mary) in a statement shared on his verified Facebook page in the afternoon.

“Dear Friends and Family, I am posting this on behalf of Mary. This morning John passed away unexpectedly and peacefully in their home,” the statement read. “As you can imagine, this is a complete shock to her and the boys. She will update as soon as she can.”

Meadows had a love for training and bodybuilding going back to his childhood. He was additionally interested in powerlifting early on, having trained at the legendary Westside Barbell in Columbus, OH.

Following his stint at Westside, he continued his last goal of becoming a pro bodybuilder. That goal was achieved at the 2015 NPC Team Universe contest. He quickly kicked off competing on the pro circuit, placing in the top five of his first three contests, and narrowly missed qualifying for the Mr. Olympia that year.

John Meadows appeared in his first show when he was only 13. It’s safe to say he was hooked after that experience; however, he ended dead last to older competitors in the 13-17 age category. ‘Mountain Dog’ won multiple competitions before his health forced him to hang up his posing trunks.  However, his sheer will and determination to push through obstacles and earn his Pro card were something to be admired.

John Meadows’ cause of death was reported as a pulmonary embolism in his sleep, while many believed his death might be related to the heart attack he suffered in early 2020.

Many fans know about his heart attack because he was able to share his experience on YouTube, of which he explained that there were blood clots in his arteries.

Also, John Meadows suffered from a rare colon disease that nearly killed him during his early days in the sport. Finally, his colon burst, and he was rushed to the hospital.

He was lucky enough to survive at that time, but the health problem affected his ambitions to compete as a top-level bodybuilder. After months of recovery, he came back to bodybuilding to do what he enjoyed. He got his IFBB Pro card, notwithstanding these significant health difficulties.

John’s last pro game was the 2017 Muscle Mayhem Kansas Pro, where he placed 14th. His focus then shifted to fellow coaching pros full-time. Aside from Clarida and Truscott, he had worked with many pros in different divisions such as Fouad Abiad, Theresa Ivancik, and Ivana Ivusic, to name a few.

John credits his wife as his most considerable influence in life. She was with him through “ups” and “downs,” always supporting his decisions in life. “I couldn’t have done it without her,” John Meadows states of his wife. “When I was sick and got out of the hospital, and I was too weak to look after myself, she did everything for me, including sanitary things I can’t talk about.”

Soon after the sad news was confirmed, many of Brad Allen’s fans and friends showed their sadness on social media, sharing their heartwarming tributes:

A fan wrote, “RIP John Meadows. You are an inspiration to everyone wanting to get fit. I can’t believe we won’t hear “Alright, hi everybody!” ever again.”

Another said, “Rip John Meadows, a true role model in and out of the gym. Keep his family in your prayers; make sure to always tell your loved ones you love them.”

Another announced, “R.I.P. to the Legend John Meadows @mountaindog1. I have learned so much from you and will continue to watch your videos forever. Thank you for making such a huge impact on my life. Forever grateful for your legacy and my deepest condolences for your family.”

John “Mountain Dog” Meadows is well-known in the bodybuilding activity as a coach, nutritionist, and his successful YouTube channel where he shared several of his favorite workouts and exercise demonstrations. He’s additionally the owner of the supplement brand Granite Supplements.

He impacted the bodybuilding world even beyond the stage. The one-arm row exercise with a barbell in a landmine base became known as the Meadows Row.

He was also involved with various companies in both bodybuilding and powerlifting, such as EliteFTS and Iron Rebel. He started his own supplement company, Granite Supplements, in 2016.

In May 2020, Meadows suffered a heart attack caused by blood clots, leading to the legend’s hospitalization. Although he recovered, doctors confirmed that part of his heart wasn’t working correctly at that time. 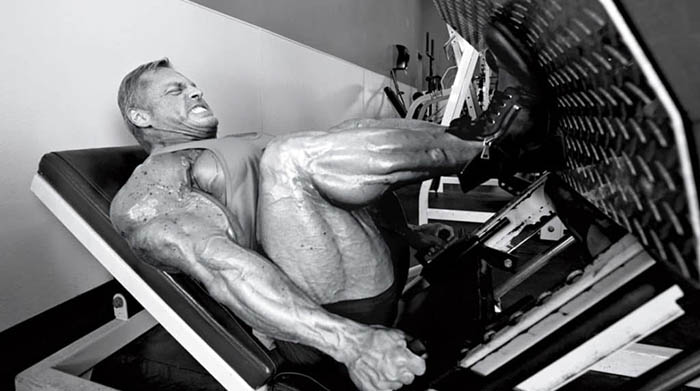 Rest in peace, John Meadows, an inspiration to all and great human beings.

He soon returned to training and coaching. By the end of 2020, he had starred as a coach and became an undeniable role in the successes of 212 Olympia Champion Shaun Clarida and Fitness Olympia winner Missy Truscott.

More like this:
Is Chucky Thompson Dead or Alive? Death News Hits Social Media
Actress Jane Withers’ Cause of Death Remains A Secret

Heart Attack Becomes Singer KK’s Cause of Death at His Concert
Donya December 15, 2022