Behind Shadows Twin Peaks’ Voice Julee Cruise’s Cause of Death

One of the most unbelievable tragic news was received on June 9, 2022, about the passing of Twin Peaks’ angel voice at 65. It’s told that Julee Cruise’s cause of death is yet disclosed; however, she had been suffering from health issues for a while.

Born on December 1, 1956, was not only an American singer, but also was well-experienced in songwriting, and acting, besides being a talented musician.

In the late 1980s and early 1990s, she attracted much attention for her collaborations with composer Angelo Badalamenti and film director David Lynch. 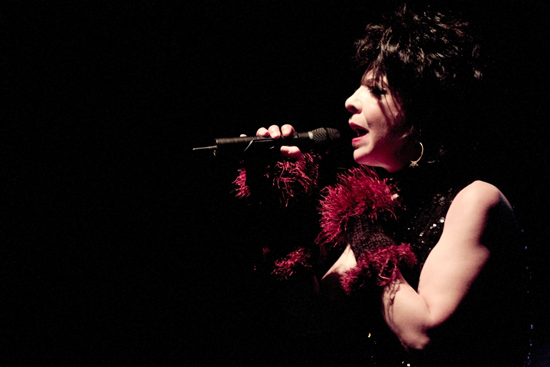 The hard-working angel released four albums while collaborating with a variety of other artists. She gained fame for her song “Falling“, the theme song for the television series Twin Peaks.

Her other well-known song “Floating” was featured in TV advertisements and trailers for the show The Riches as well, which debuted on FX in March 2007.

Her music was used in CSI: Miami a year after that. Julee sang a rendition of Psych’s theme song in episode 12 of season 5 of Psych, “Dual Spires,” which was a spoof of Twin Peaks.

Putting that aside, Mrs. Cruise provided vocals and lyrics to several of the songs on Wide Angle (1999), the debut album by Welsh electronic music group Hybrid, notably the nuskool breaks track “If I Survive.”

The Latest:
Chicago Rapper FBG Cash Tragically Shot and Killed at 31
What Happened to Bodybuilder Ryeley Palfi at Young Age?

Is Julee Cruise’s Cause of Death Due to Health Issues?

Julee was married to author and editor Edward Grinnan who announced and confirmed her death. Julee Cruise’s cause of death is yet unrevealed. This is while some believe Julee passed away after battling ill health.

Julee was suffering from systemic lupus. As some sources have shared, apparently Julee wrote about her disease back in 2018 saying that her Dr. had tried his best. She shared at that point that she can hardly walk.

She also mentioned that it’s difficult to stand for her and she cannot walk Gracie anymore. She expressed at the end, saying that the pain is so bad that made her cry and snap at people. She wrote: “I’m Kinda afraid. 💜”

He wrote on his Facebook: “She left this realm on her own terms. No regrets. She is at peace … I played her [B-52’s song] ‘Roam’ during her transition. Now she will roam forever. Rest in peace, my love.”

Chrystabell tribute: “A bright star floats into The Great Unknown. Always kind & gracious to me. A beautiful soul, a soulful voice. Her career had a tremendous influence on my life. Bless you, Julee Cruise, the voice of love. Thank you for the path you paved. I am forever grateful and reverent.”

A fan wrote: “💔No! That’s tragic to read. I still own a tape of the Badalamenti + Julee C. soundtrack of TP. I was a child when I started to hear her dreamy, ethereal voice + his haunting music. I asked for a cassette from my parents, even if I didn’t watch the series. The epitome of angelic voice.”

Mike Portnoy expressed: “Sad to hear of the passing of Julee Cruise: the voice of Twin Peaks & the Roadhouse (pictured top left corner) The Twin Peaks Universe up in Heaven just got a little more heavenly. Hard to believe all of these cast members pictured here are no longer with us #esiurCeeluJPIR“

One commented: “David Lynch gave us the greatest and most haunting episode in the history of American broadcast TV, and Julee Cruise was the most transcendent, powerful element of all. A beautiful dream that shifts into a nightmare before our eyes and ears.”

Also, Read about:
Billy Bingham’s Cause of Death; What Was He Diagnosis With?
Rumors Behind Tiktok Star Cooper Noriega’s Sudden Death

Tags:
Previous Article
What Happened to Bodybuilder Ryeley Palfi at Young Age?
Next Article
Billy Bingham’s Cause of Death; What Was He Diagnosis With?