What’s Keith Martin’s Cause of Death? Found Dead on Friday

Condolences have been made, informing us that sadly the R&B singer, Mr. Martin is not among us anymore. Keith Martin’s cause of death is yet behind the shadows but his passing was announced and confirmed on March 25, 2022, bringing tears to family, friends, and fans.

According to sources, Keith Eric Martin who was born on September 22, 1966, became a songwriter and record producer. He listened to Jackson 5, Prince and productions of Jimmy Jam and Terry Lewis, and Stevie Wonder in the process of growing up. 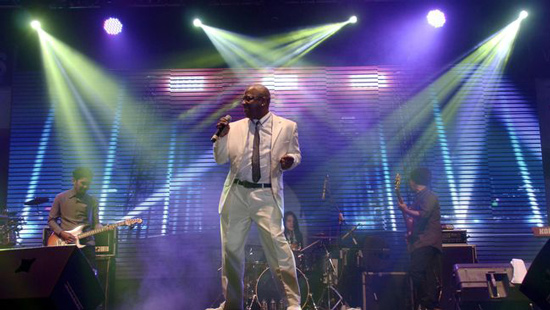 As it’s said, Keith was also influenced by jazz and religious music. He was only ten years old when he started playing the piano, bass guitar, drums, and singing.

Starting writing music at the age of nineteen, his debut album, It’s Long Overdue, was released in 1995. After a while, he moved to the Philippines in 2004 to become the EMI’s home coordinator in Manila.

He gained fame for writing and singing romantic love songs. May his legacy lives on.

Keith Martin’s Cause of Death Stays Behind The Shadows

Following Keith Martin’s cause of death, it’s reported that he was found dead on Friday morning, around 10.50 pm. on March 25, 2022, at his place in Lafayette 1, Eastwood City, Brgy. Bagumbayan, Quezon City.

detikcom announced: “Seven days without news, Keith Martin was found dead in his condo. Neighbors reported that there was an unpleasant smell coming from there.”

Preliminary investigations revealed that around 7:15 a.m., a resident of the neighborhood unit reported to the local manager of Lafayette 1 about a foul odor on the 6th floor.

According to several sources, the area manager tracked the scent and allegedly came out of Martin’s condo room. As the unit was opened they saw the body of the deceased lying in bed.

The Police investigators were immediately dispatched to the area to confirm the authenticity of the report.

The Filipino singer and actress, Sheree Bautista, couldn’t hold back her tears as explained the story: “Neighbors protested because there was a smell so they called security. The owner of the unit where Keith Martin lives was also contacted.”

She also said that Martin had not been contacted for a week and he died within seven days. The body is currently undergoing an autopsy; however, no results have come out of the process.

Sheree Bautista added: “We are waiting for the autopsy results and he will be taken to the funeral home. I will take care of the body.”

Help us to write a better and more reliable article. Let us know if you found any wrong detail through the article. Write your thought for us in the comment box below.

As the heartbreaking news came out, many have been sending sympathies and condolences through social media.

A fan wrote: “RIP Keith Martin. Because of you. My life has changed. Thank you for the love and the joy you bring. Thank you. 😭”

GMA Network announced: “The music industry has lost another gem with the death of American singer Keith Martin.”

One replied: “RIP Keith Martin you’ll be missed. because of you, my life has changed, thank you for the love and the joy you bring.”

Another fan expressed: “Rest in Love, #keithmartin. I love your song and it’ll be a legend across the generation. You’ve gone too soon. Keith Martin Dikabarkan Meninggal Dunia.”