Heartbroken Story of Actress Marthe Mercadier’s Cause of Death

It is with the deepest sorrow to announce the ‘la bonne anna’ Actress’ death on September 15, 2021, at 92. Marthe Mercadier’s cause of death has been reported due to long-term disease; stay with us.

Marthe started her career as an actress at an early age. She was a legendary, insatiable human being, filled with energy, who was always ready to give her all.

Marthe entered the entertainment world at the age of 5 when she danced alongside the great Joséphine Baker. The one who started in the theater as a blower has played in nearly fifty plays, sharing the stage with Bruno Crémer, Michel Galabru, or Louis de Funès. 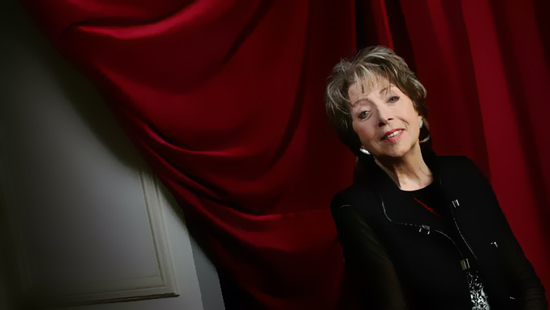 First a blower in the theater, not only she was performing onto the stage, but also in the cinema, on television, and at the cabaret.

Needs to be mentioned, she was named Ordre des Arts et des Lettres and later in 2007 named Chevalier de la Légion d’honneur. She also won the Molière Award for the Best Comic Show.

Long-term Disease Leads to Marthe Mercadier’s Cause of Death

Marthe Mercadier’s cause of death was reported due to an illness. According to her daughter, she had been hospitalized last week at the Puteaux palliative care center.

She shared: “My mom passed away this morning around 5 o’clock. She had suffered from Alzheimer’s disease for several years. I accompanied her to the end.”

According to close sources, the beloved french actress had been suffering from Alzheimer’s disease for several years. Her death was announced on Wednesday.

Libération announced: “Marthe Mercadier, queen of the boulevard, died a theater actress having appeared in fifty films; she had had Alzheimer’s disease for several years.”

For a long time, Marthe planned to keep her illness a secret. It was in April 2014 when her daughter named Véronique announced her mother’s Alzheimer’s disease.

Back in 2011, at age 83, while her first symptoms of Alzheimer’s disease started to appear, she participated in the first season of Dance with the stars and showed all her fighting spirit and flexibility!

At that time, she said: “This was the trigger. I was taught the dance steps, and I had a hard time remembering them. It’s very important to talk about Alzheimer’s disease. It’s a fight.”

The US day News will assure you to update you with more reliable information as it comes out. To help us increase the process, we’ll appreciate it if you share anything you know about Marthe Mercadier.

One wrote: “From the age of 5, she had danced with Josephine Baker. As a teenager, she joined the Resistance. Popular actress and actress, unforgettable Fanny in “Les Saintes Chéries,” the grande dame of the French theater, Marthe Mercadier, has just left us. Sadness!”

Fabien Randanne tweeted: “Marthe Mercadier “passed away this morning around 5 am. She had suffered from Alzheimer’s disease for several years. I accompanied her until the end, “Véronique Néry, her daughter, told AFP. The actress, star of the boulevard theater, was 92 years old.”

“The theater will be empty without you!”

A fan commented: “Thanks to one of her “theatrical” friends who had honored me with her friendship, I was able to approach, too little, Marthe Mercadier. A woman with strong and constant convictions, a stunning, tangy, friendly actress, a resistant who did not bring her back. May she rest in peace.”

One said: “The #MartheMercadier actress passed away this Wednesday at the age of 92. A great figure in the boulevard theater, she was a regular on the show “Au theater ce soir,” had played in the series “Les Saintes chéries” and in the cinema for Gilles Grangier, Robert Hossein and Jean Delannoy.”

Tags:
Previous Article
What’s Stuart Lubbock’s Dad Terry Lubbock’s Cause of Death?
Next Article
What Happened to Reba McEntire while Touring in Atoka?