We were informed of Senate security chief Michael Stenger’s death on June 28, 2022. People have started tweeting, wondering if the cause was really due to his cancer which he had been suffering from for a while.

The American law enforcement officer had served from April 16, 2018, to January 7, 2021, as the 41st Sergeant at Arms of the United States Senate. 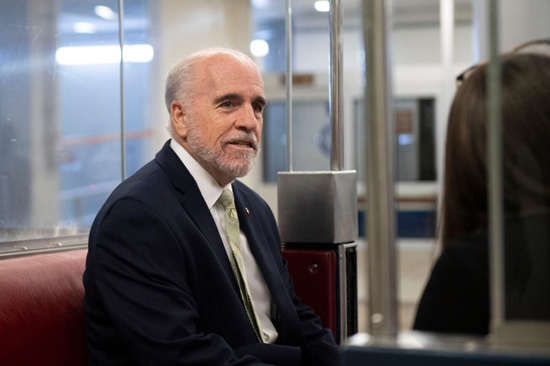 He became Assistant Director for the USSS Office of Government and Public Affairs back in 2008, which coordinated with groups that included the United States Congress. He joined the office of the Sergeant at Arms of the United States Senate three years later.

After Sergeant at Arms Frank J. Larkin retired, which was on April 16, 2018, Mr. Stenger was nominated as the 41st Sergeant at Arms under Senate Resolution 465, put forth by Senate Majority Leader Mitch McConnell.

Noted that this resolution was later submitted to the Senate, considered, and agreed to without amendment by unanimous consent.

Mr. Stenger and House Sergeant arms Paul Irving repeatedly refused to request the assistance of the U.S. National Guard for more than an hour during the violent storming of the Capitol on January 6, 2021, which resulted in physical and symbolic harm to Congress, the Capitol, and the process of accepting and counting the votes of the Electoral College.

He then resigned as the Senate sergeant-at-arms. The two other top Capitol security officials, House sergeant-at-arms Paul D. Irving and the United States Capitol Police chief Steven Sund, amid bipartisan shock and outrage over security lapses that led to the mob’s breach and occupation of the Capitol.

About Michael Stenger’s death, We were told that the Senate’s sergeant-at-arms at the time of the deadly Jan. 6 riot at the U.S. Capitol, died on Monday, at the age of 71. It’s said that he had been suffering from cancer.

The Office of the Senate Sergeant at Arms and Doorkeeper shared. without mentioning anything official due to the cause: “It is with great sadness that we inform you that former Sergeant at Arms, Michael C. Stenger, passed away this morning.”

Tom Fitton wrote: ” ALERT: I just found out from @ChadPergram that “Michael Stenger, the Senate Sergeant at Arms who was in charge of Senate security the day of the Capitol riot, has died.” All the more urgent the Pelosi Congress stop HIDING any of his and other key security emails from 1/6!”

Please keep his family and friends in prayer.

All things aside, many have different opinions on the social. People have gone suspicious about Michael Stenger’s sudden death:

One tweeted: “Michael Stenger, the Senate Sergeant of Arms, responsible for security on J6, has “suddenly died.” He resigned last year, a day after J6, unhappy w Pelosi for not calling in the Guards, but criticism was directed towards him. I smell something…”