An Illness Becomes Comedian Norm Macdonald’s Cause of Death

With a heavy heart, we inform you of the stand-up comedian’s death on September 14, 2021, at aged 61. Norm Macdonald’s cause of death has been revealed; stay for more details.

Mr. Macdonald, as you may already know, was a Canadian stand-up comedian, writer, and actor known for his deadpan style. He started his career in the comedy clubs of Canada.

He tried his best to develop the deadpan style, which later became a high influential touchstone for the next generation of comics. After a while, he successfully got hired to write for Roseanne Barr’s sitcom Roseanne. 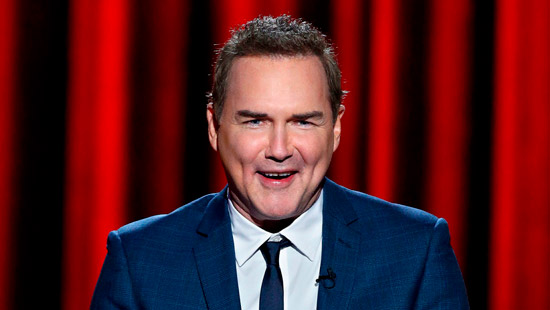 Noted, Mr. Macdonald appeared in several movies and was invited on many talk shows, including Conan, Late Night with David Letterman, and The Howard Stern Show.

He played a part in the animation of Mike Tyson Mysteries as a voice actor. He was one brilliant, extraordinary and successful human being who was loved by many. May he rest in peace.

Deadly Disease Leads to Norm Macdonald’s Cause of Death

Norm Macdonald’s cause of death was reported as nine-year cancer. He sadly passed away today. Due to Macdonald’s family, not much has been shared yet; however, the US Day News will update the articles with more details.

Lori Jo Hoekstra stated after his death: “He was most proud of his comedy. He never wanted the diagnosis to affect how the audience or any of his loved ones saw him. Norm was a pure comic.”

It was added: “He once wrote that ‘a joke should catch someone by surprise, it should never pander.’ He certainly never pandered. Norm will be missed terribly.”

Steven Crowder wrote: “I’ve never cried over the death of a “celebrity.” Norm Macdonald has changed that. He was one of the greatest influences of my professional life and one of the last true guards of comedy. My sorrow is surpassed only by my gratitude for the mark he left on the world.”

One shared: “F**k. he had quite a few old men takes over the past couple of years, but Norm Macdonald was as much a comedian’s comedian as Bill Hicks. This sucks.”

Rex Chapman shared condolence as well: “Never forget this Norm Macdonald appearance on Conan in 1997 — with Courtney Thorne-Smith. Hilarious. All of it. Rest In Peace, Norm…”

What You Need to Know About Dirty Work Actor, Norm MacDonald

Mr. MacDonald started his first job as a writer for The Dennis Miller Show back in 1992 and after that started to write for Roseanne.

Later on, he got his first big shot, being discovered by Lorne Michaels, a fan of Norm’s stand-up. Mr. Micheals gave him a chance of a lifetime by hiring him on Saturday Night Live.

Putting aside his works as a stand-up comedian, Macdonald worked as an anchor on a show called ‘Weekend Update,’ being a member of SNL for almost five years.

Neil Macdonald, a journalist with CBC News, is Mr. MacDonald’s older brother. He also has a younger brother called Leslie. He was married to Connie Vaillancourt for almost 11 years. They share a son.

He was nominated for the best host or performer in a Variety, Musical, or Comedy Series, for taking parts as a stand-up comedian in Saturday Night Live sets.

He was also able to win the most annoying fake accent: Male, playing a role in Deuce Bigalow: European Gigolo back in 2005.

Deadline Hollywood announced: “BREAKING: Norm MacDonald has died “after a long and private battle with cancer” The influential comedian and former ‘SNL’ Weekend Update anchor was 61.”

An unknown account said: “It’s really sad to see Norm Macdonald passed away. He is the greatest comedian of all time and has supplied me with many great jokes to tell at inappropriate times.”

“Norm had a unique comedic voice.”

One wrote: “Norm MacDonald was absolutely perfect in that Klaus movie. I was ecstatic to hear his voice when I put it on for my kids, and of course, he killed in the role. Going to miss the hell out of his deadpan humor.”

Paco Romane said: “RIP Norm MacDonald. He was always super nice to me and called me “Pahco.” I worked with him in SF & a few times on the road. He liked to prank me on stage during my set. We talked a lot about documentaries, music, hockey, comedy, and SNL. He was kind, sweet, weird, and very funny.”

Another person tweeted: “Norm MacDonald is hands down my greatest hero, and I hope to one day achieve a fraction of what he achieved in the world of comedy. RIP to the funniest comic ever.”

One expressed: “Sorry to those who loved him for your loss, but over the last few years, Norm MacDonald spoke out against Me Too & defended abusers feeling so bad about what’s taken away from THEM. He was perfectly fine on SNL, but that overshadows his supposed legacy for me.”

Tags:
Previous Article
Story of YouTuber Bashurverse’s Cause of Death at 36
Next Article
How did Painter Charlotte Johnson Wahl Die at Hospital?