It’s with the most profound sorrow to inform you of another tragic news that was received on June 9, 2022, about Ray Coyle’s death. Tayto Park founder passed away peacefully yesterday surrounded by his beloved family.

The well-known and beloved gentlemen amount many founded his Largo Foods back in 1982. The park grew to own brands which included Hunky Dorys.

The famous park was opened for the first time in November 2010 and carried the famous crisp brand name due to Mr. Coyle’s link with it. 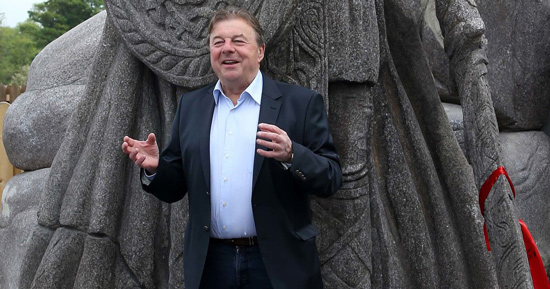 Mr. Ray began his career life as a potato farmer. He famously raffled off 280 acres of land in 1982 owed to banks as his business struggled in order to pay back the money.

Ray Coyle bought the Tayto brand from C&C back in 2006. At that point, he planned to find Tayto Park in Meath at the time was 2008.

Mr. Ray sold his final 25pc holding in Largo to Intersnack in 2015. As chairman of Largo Foods, he decided to step down in 2016.

Ever since it first opened its gates, the park includes over 5m visitors and has grown into one of Ireland’s most popular paid visitor attractions.

It includes theme park-style rides, as well as a zoo. Noted, Largo Foods changed its name to Tayto Snacks in 2019.

Ray Coyle’s Death Comes as a Big Shock to All

Ray Coyle’s death occurred so unexpectedly that put may in shock. The businessman was survived by his wife Roz, his son Charles and his daughter Natalya.

No sign of health issues or deadly diseases is mentioned in the background. To respect his family’s privacy, the cause of death will remain private.

Drogheda United F.C. tweeted: “Ray Coyle, the charismatic founder of the Hunky Dorys crisp brand, sadly passed away yesterday. Coyle was described at the launch of a 3-year stadium naming rights & jersey sponsorship deal in 2010 by then club Chairman Vincent Hoey as “a white knight”…”

A fan wrote: “Absolutely shocking news to hear about the death of @taytopark founder RayCoyle. Was lucky enough to spend 4 hours in his company back in 2019. An inspirational entrepreneur. RIP #raycoyle.”

One commented: “A shock to hear of the passing of Ray Coyle, seen here accepting the Meath Chronicle’s Outstanding Achievement Award at our Business & Tourism Awards last November. From humble beginnings, Tayto Park now employs over 200 people. Some legacy. My deepest sympathies to Roz and his family.”