Regret to inform you that Mr. Ray Scott’s obituary has been shared on May 9, 2022, and broke our hearts along with it. The founder of B.A.S.S. passed away peacefully in his sleep, with no terrible health issues involved.

For those who may wonder, Mr. Scott launched the first national professional bass fishing circuit in 1967, known to be the Bassmaster Tournament Trail. The following year, he founded the Bass Anglers Sportsman Society, called B.A.S.S. 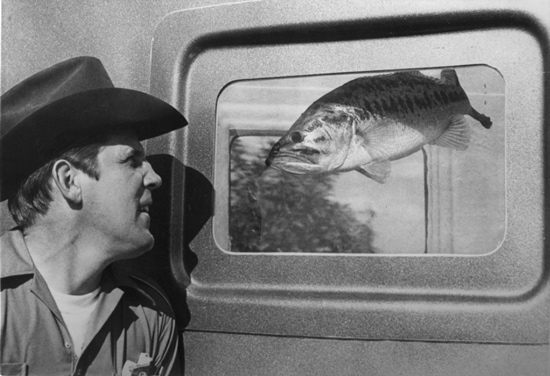 The B.A.S.S. gained him a big success by becoming the world’s largest fishing organization. The sport was a laid-back, mainly southern pastime that was largely overlooked by the trout-focused national outdoor media.

After that, Mr. Scott pursued his dream of organizing America’s bass anglers, hoping to serve B.A.S.S. members and publicize the tournament trail. So it led Mr. Scott to launch Bassmaster Magazine.

The New York Times described the Bassmaster Magazine as ‘the Bible of Bass Fishing,’ which ultimately would be delivered to 650,000 B.A.S.S. members monthly.

Mr. Scott suffered from dyslexia, which contributed to his having to repeat eighth grade. This is while he successfully managed to receive a degree in Business Administration from Auburn University. Soon after, he became one of Mutual of New York insurance company’s top salesmen in the Southeast.

The Latest:
Korean Actress Kang Soo-Yeon Sadly Passed Away at 55
Offstage of Gospel Singer Dr. Deborah Fraser’s Cause of Death

Ray Scott’s obituary was released, informing all that he left us behind on Sunday, May 8th at around 11:30 p.m. The legend passed away peacefully in his sleep of natural causes at the age of 88.

They are blessed with 10 grandchildren and three great-grandchildren. As t’s told, Mr. Scott was preceded in death by two brothers, Daniel and Edward Scott, and his first wife Eunice Hiott Scott.

Mr. Scott retired to his farm near Pintlala, Ala. after a half-century and shape the sportfishing industry worldwide. There, dear Ray remained mostly out of the public eye in the years prior to his death.

WTVC NewsChannel 9 announced: “REST IN PEACE: Ray Scott, who founded the Bass Anglers Sportsman Society — B.A.S.S. — which would grow to become the world’s largest fishing organization, has died at the age of 88.”

Chase Anderson expressed, who is the B.A.S.S. CEO: “Our entire organization was saddened to hear about the passing of our founder, Ray Scott. Ray’s passion and vision for bass fishing birthed our entire industry more than 50 years ago when he founded B.A.S.S. and started the first professional fishing tournament series.”

Ken Duke tweeted: “Ray Scott passed away yesterday (5/8/2022). If there was a Mount Passmore, he’d be on it (with Henshall, Lucas, and Lau). No one had a greater or more positive impact on US sportfishing, and it’s unlikely anyone will in our lifetime. I was privileged to know him. Thank you, Ray!”

One commented: “The sporting community lost a true pioneer with the passing of Ray Scott Sunday night. Ray founded the Bass Angler Sportsman Society in 1968 and started the Whitetail Institute in 1987. Jackie and the Buckmasters staff offer heartfelt condolences to the Scott family. 🙏”

Born in Montgomery, Ala., on Aug. 24, 1933, the legend grew up there during the depths of the Great Depression. His mother worked as a hairdresser to support the family and his father operated an ice cream cart.

By delivering groceries on his bicycle, it’s told that Mr. Scott contributed to the family treasury, mowing lawns and selling peanuts at baseball games.

The legend and Bob Cobb, Bassmaster Editor, created The Bassmasters TV show in 1984 by having the purpose to attract over than 1 million viewers weekly on The Nashville Network.

The program is one of the longest-running and most-watched fishing shows in history, which is now aired on Fox Sports. This hard-working man not only served his best to help grow the sport of bass fishing, but he also did more than any other individual to preserve it.

Beloved Ray debuted the “Don’t Kill Your Catch” campaign in 1972, and mandated that all tournament competitors’ boats feature an aerated live well to keep their bass alive.

Scott acknowledges all that he didn’t invent catch and release, But it was also their will to make it popular in bass fishing, and that changed the sport in so many ways. In his point of view, they preached that bass is too valuable to be caught only once.

He shared at that point that they helped fishermen to learn how great it felt to catch a 5- or 6-pound bass before leaning over and let it go. So they watch it swim away, and just hoped to be caught again.

Due to the last updates, the catch-and-release ethic caught on so well that more than 90% of all bass anglers today release all or most of the bass they catch as a result.

Mr. Scott believed that he might be the one to elevate the national profile of bass fishing to be after years in the life insurance business. As he always said: “on par with golf” and worthy of television exposure.

At that point, which was the year 1967, he quit his job to organize the first major national bass fishing tournament, known to be the All American at Beaver Lake, Ark. The event was successful enough for Scott to hold tournaments at other reservoirs in the South as well as to launch B.A.S.S. and Bassmaster early in 1968.

Mr. Scott’s rapidly growing B.A.S.S. organization crusaded against the industrial pollution of America’s waterways. He filed some 200 anti-pollution lawsuits in 1970 and ’71, drawing national attention to declining water quality as well as contributing significantly to the passage of the Clean Water Act of 1972.

This legend earned the 2003 Horatio Alger Award in recognition of his successes. The reward honored the achievements of outstanding Americans who have succeeded in spite of adversity.

After years of success, Mr. Ray sold B.A.S.S. to an investment group that included his executive vice president, Helen Sevier, and other employees in 1986. That did not stop him to serve as emcee of the Classic for several more years.

He later became a consultant and a popular spokesman for numerous companies in the fishing industry. Putting those aside, the legend founded a successful hunting industry enterprise to market deer feed and related products through his Whitetail Institute.

Also, Read about:
Shanina Shaik’s 1st Child with Matthew Adesuyan is on the Way
Adreian Payne’s Tragic Death at 31 Brings Tears to Fans

Roger Angell’s Cause of Death Due to Heart, The Wife Confirmed
Sarah May 21, 2022

Calvin Magee’s Death after Suffering a Heart Attack at 59
Tavakkoli May 20, 2022

Calvin Magee’s Death after Suffering a Heart Attack at 59