Reality Behind Footballer Riuler Oliveira’s Cause of Death

It’s with the most profound sorrow to inform you of the Brazilian footballer’s death who played in the Japanese league on November 25, 2021. Riuler Oliveira’s cause of death will be discussed below, so stay with us.

Riuler, full name Riuler de Oliveira Faustino, was born in January 1998. The professional footballer used to play as a midfielder. He started his career in the lower divisions of Sao Paulo.

In 2015, he went through Coritiba and later Athletico Paranaense in 2016 and Internacional de Porto Alegre in 2018. The talented player went to seven games in the Brazilian Under-17 National Team. To play for Kyushu League side FC Miyazaki in 2019, he moved to Japan. 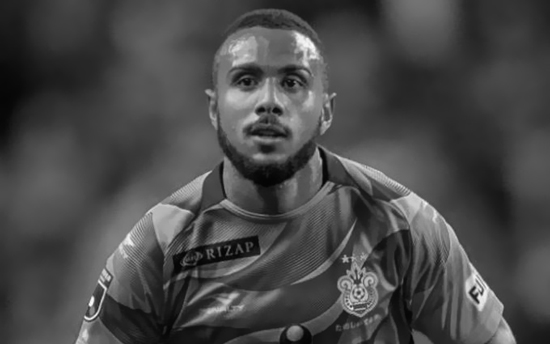 Later on, in 2020, he was transferred to Shonan, spending time on loan to fourth-tier Japan Football League outfit FC Osaka before joining the top-flight club later in the year.

Sport Club Internacional tribute on his grieve: “With deep sadness, we regret the death of the athlete Riuler de Oliveira, at age 23. At Clube do Povo, the athlete was part of the Celeiro de Ases and won the 2018 Gaucho Sub-20 Championship. We offer our solidarity to all friends and relatives.”

What We Know about Riuler Oliveira’s Cause of Death

The heartfelt news was announced by J. League first-division club Shonan Bellmare on Wednesday. It’s shared that Riuler Oliveira’s cause of death was due to a heart attack at just 23 years old.

Despite what has been said, his cause of death has not been revealed, pending an autopsy. It’s tributed: “We are very saddened to make this sudden announcement. We offer our deepest sympathies.”

Along with the condolence, Shonan Bellmare announced that a floral stand would be set up for commemorating the player for the match against Tokushima on Saturday, 27 November.

After a while, Ricardo Rodríguez tweeted: “All of us who are a part of the @jleague today mourn the loss of RiulerOliveira. We faced him recently in the #LevainCup, and he showed that he was a very talented player. We’re very sad for him and his family. RIP.”

According to some sources, Oliveira passed away from the consequences of a heart problem with acute congestive heart failure. As it’s reported, he passed away around midnight on Tuesday 23 November.

Read more:
Singer Alexander Gradsky’s Cause of Death Seems Suspicious
Police Chief Charles Moose Passed Away at the Age of 68

Many condolences have been shared as the tragic news was announced. A fan wrote: “Tragic news out of Shonan Bellmare, with the club announcing that 23-year-old Riuler de Oliveira Faustino has passed away.”

湘南ベルマーレ shared: “Oliveira has passed away. We are currently waiting for the results of the autopsy, and we will inform you as soon as we know. We sincerely apologize to everyone who supports us for the sudden obituary. We pray for the souls of all the clubs.”

Another replied: “Please accept my sincere condolences. I feel sad and sad about the sudden death of Oliveira, a J-League family member. The feelings of the team, of course, the family, and close friends are beyond my grasp. Now I just hope that Oliveira will be calm. V-Varen Nagasaki Supporter.”

jw expressed: “tragic news out of Japan as 23-year-old Riuler de Oliveira Faustino has died, reportedly of a heart attack. thoughts with his family, friends, and teammates.”

More Articles:
Strongman Artur Waluś Walczak’s Death at 46 in the Hospital
Seinfeld Actor Lou Cutell’s Cause of Death is Behind Shadows

Tags:
Previous Article
What’s Non-league Footballer Leon Taylor’s Cause of Death?
Next Article
What Happened to Singer and Guitarist Gared O’Donnell at 44?