Footballer Legend Tony Siragusa’s Untold Cause of Death at 55

With a heavy heart, we have to inform you of heartbreaking news, announced on June 22, 2022. A member of the Baltimore Ravens’ Super Bowl-winning defense has passed away. Tony Siragusa’s cause of sudden death has remained private ever since.

Born on May 14, 1967, the legendary American professional football player was a defensive tackle for 12 seasons. He worked with the Indianapolis Colts and the Baltimore Ravens in the National Football League (NFL).

He worked as a sideline analyst for NFL games broadcast on the Fox Network, after his football career, from 2003 for almost 12 years. He hosted the home renovation program Man Caves on the DIY Network.

Mr. Siragusa went to the University of Pittsburgh and played college football for the Pittsburgh Panthers. Under head coach Mike Gottfried, he was a starting defensive tackle in his sophomore and junior seasons. 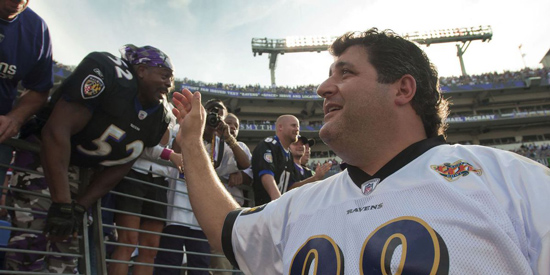 He appeared in 13 games as a rookie, and started six games, besides recording one sack, 36 total tackles, and one fumble recovery.

What is one of the queens of youtube, Bethany Mota doing now?
Read about her history of growing up till she came to fame as one of the most beloveds social figures.

Mr. Siragusa was well-experienced as a sideline reporter and analyst during NFL games on Fox until his firing following the 2015 NFL season. He usually appeared with:

Siragusa also appeared at the University of Pittsburgh, his alma mater. Shortly after ending his stint with Fox, the legend was known to be one of a few honorary captains during the renewal of the Penn State–Pittsburgh football rivalry in 2016.

Tony Siragusa’s Cause of Death at 55 Stays Behind Shadows

The successful and talented player, who carved out a post-retirement media career, passed away in his sleep, at 55, on Wednesday. Tony Siragusa’s cause of death has not been mentioned in any tweets or statements.

Mr. Siragusa tore his left anterior cruciate ligament during practice in April 1988. Due to that, he experienced a surgery that forced him to sit out the entire 1988 season.

The player was considered a potential first-round draft pick before his injury, but afterward, he was seen as such a risk that he went undrafted in the 1990 NFL draft. 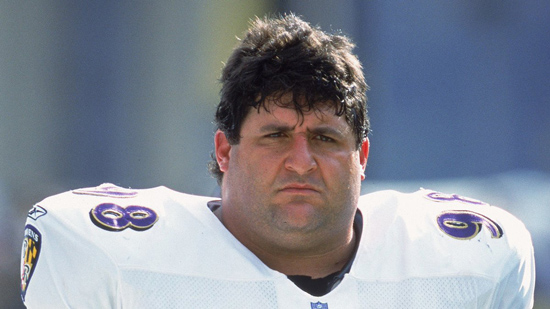 Sage Steele tweeted: “This video is classic @TonySiragusa! It’s from last month when I was scheduled to host a @Ravens event w/the 2000 super bowl team but couldn’t bc of my golf accident. Goose being Goose!! Grateful for 25 yrs of hysterical memories w this man. We lost another good one today.”

One commented: “We sure did may he rest in peace met your brother chad that day too he was nice enough to take a pic with my mom hope u feeling better & sorry for your loss our loss I shook gooses hand as he was on stage & told him to thank u for helping us aka Baltimore Ravens win our 1st SB !!!”

One wrote: “One of the most talented, funny, and loveable DTs in the NFL and a member of the best defense in NFL history has passed. Former Baltimore @ravens and Fox NFL Analyst Tony Siragusa has passed away at the age of 55 Thoughts, prayers, strength, and faith with the Siragusa Family,

Tags:
Previous Article
Who Died and Who was Born on This Day? Let’s Have a Quick Look
Next Article
Baroness Greengross Legend, Sally Greengross’ Obituary at 86