Shocked fans are raising some questions about the famous TV actress Vaishali Takkar’s suicide resulting in suspected death on Sunday, October 16, 2022, at the age of 29.

We send our deepest sympathies to the star’s family, friends, fans, and all of her loved ones during the painful period. May Vaishali rest in paradise.

According to official sources that confirmed the heartbreaking death news, the star took her last breath at her Indore home where she was living there since the past year (2021).

She was discovered hanging in her home, after which, a case was reported at Tejaji Nagar police station, and a suicide note was additionally recovered from the scene. The police were called by the neighbors.

After doubting a potential love angle, a case of abetment to suicide has been registered against Vaishali’s ex-love Rahul Navlani, the actor’s neighbor, and his wife Disha. According to the police, Rahul is missing.

Her first role was in Star Plus’s longest-running drama Yeh Rishta Kya Kehlata Hai, where she starred as Sanjana from 2015 to 2016. In 2016, she played Vrinda in Yeh Hai Aashiqui. From August 2016 to December 2017, Vaishali appeared as Anjali Bharadwaj in Colors TV’s Sasural Simar Ka opposite Sidharth Shivpuri and Rohan Mehra. In 2018, she was cast as Shivani in SAB TV’s Super Sisters.

After that, she appeared as Netra in Colors TV’s Vish Ya Amrit: Sitara opposite Arhaan Behll. From November 2019 to June 2020, beloved Vaishali portrayed Ananya/Mansi in Zee TV’s Manmohini 2 alongside Karam Rajpal and Reyhna Malhotra. The actress was last seen in Rakshabandhan as Kanak Shivraj Pratap Singh Thakur.

While the case is still under investigation, fans believe the ex-boyfriend was the cause of Vaishali Takkar’s suicide.

In April (2021), she declared to fans that she was engaged, sharing a video of her Roka ceremony on Instagram and additionally opening up the name of her to-be husband, Dr. Abhinandan Singh.

The function was a private affair with only the close family of the partners in attendance. Her future husband was a dental surgeon from Kenya. Nevertheless, just a month later, Vaishali notified everyone that she isn’t going to wed Abhinandan. The ex-couple had annulled their wedding, which was assumed to take place in June of that year. The actress deleted the video of her Roka ceremony from her social media handle. 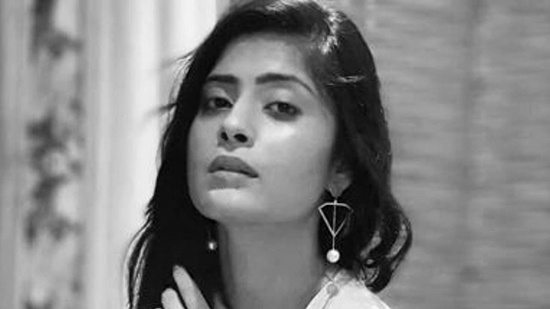 Takkar was so close to her family. She often posted photos with her dad, mom, and brother. Born on July 15, 1992, in Madhya Pradesh, the actress leaves behind her brother Neeraj Takkar, dad H.B Takkar, and mom Annu Takkar.

Based on reports about the suicide note, Vaishali was worried for quite some time now. She cited this in her suicide note. The note even meant that she was being harassed by her ex-boyfriend.

Tags:
Previous Article
John Powless’s Cause of Death Relates to Long-Time Illness
Next Article
What Happened to EMLL Legend Humberto Garza Sr at 85?