COVID Kills Another Star, Became Vangelis’ Cause of Death

We were informed on May 19, 2022, that another legend has left this world behind, bringing sorrow to our hearts. The composer and musician, Vangelis’ cause of unexpected death came after being hospitalized due to a disease.

Born on 29 March 1943, Evángelos Odysséas Papathanassíou, who goes by the name Vangelis, was a well-known Greek musician and composer of electronic, progressive, ambient, jazz, and orchestral music.

He gained much fame after his Academy Award-winning score for : 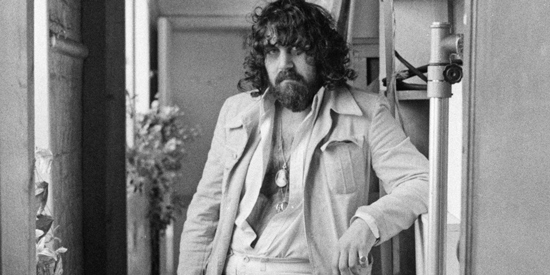 The legend started to compos for ballet and theatre stage plays in the early 1980s. His music for Michael Cacoyannis’ staging of the Greek tragedy Elektra was performed with Irene Papas at the open-air amphitheater at Epidavros in Greece in 1983.

To name his other ballet score

Vangelis is known to be one of the most important figures in the history of electronic music as he is a legend who has had a career in music spanning over 50 years. Not to mention that he had composed and performed more than 50 albums.

Composer and musician Evángelos Odysséas Papathanassiou passed away at the age of 79, confirmed to the Athens News Agency, reported on Thursday. About Vangelis’ cause of death, he passed away at a hospital in France while receiving treatment for COVID-19.

NBC News announced: “Vangelis, the Greek electronic musician who won an Oscar for his “Chariots of Fire” score and whose other credits included “Blade Runner” and “Blade Runner 2049,” has died at age 79, according to reports in the Athens News Agency.”

One tweeted: “Composer #vangelis passed away on 17.5.2022 at a hospital in France while receiving treatment for covid-19. Over the years he composed music for many successful films but will be forever remembered for composing the soundtrack for the film Bladerunner.”

Bear McCreary wrote: “Chariots of Fire and Blade Runner were among the most innovative and influential scores in the history of the medium. My personal favorite melody of his was “Conquest of Paradise.” A true musical pioneer. Thank you, #Vangelis. #RIP“

A fan commented: “R.I.P. Vangelis. An astounding original talent whose groundbreaking synthesizer and orchestral music became the inspiration for so many musicians and composers. A huge loss to the arts as well as to everyone who loved his work.”

Adrian McKinty tribute: “RIP #Vangelis I remember watching this when I was 14 in a nearly empty ABC cinema in Belfast I had never seen or heard anything like it… the music complemented the visuals perfectly The next day I went back and watched it all again…”

Vangelis walked on this path for the first time by working with several pop bands of the 1960s, which included The Forminx and Aphrodite’s Child, with the latter’s album 666 (1972) and attracted attention to himself as a progressive-psychedelic rock classic.

The legendary artist composed scores for several animal documentaries throughout the 1970s, including L’Apocalypse des Animaux, La Fête Sauvage, and Opéra Sauvage; the success of these scores brought him into the film scoring mainstream.

Mr. Papathanassíou was the kind of artist who liked to keep his personal life private as much as he could. Although he rarely gave interviews to journalists, Vangelis talked openly about various parts of his life back in 2005.

He expressed himself how he was “never interested” in the “decadent lifestyle” of his band days, choosing not to use alcohol or other drugs. In his free time, painting was his passion to follow as a hobby.

Vangelis, who is known to be self-taught in music, grew up in Athens and formed his first band in 1963, called the Forminx.

They played the pop music of the time:

The band split in 1966, moved Vangelis on a path where he became a writer and producer for hire, starting to work for other musicians and contributing scores for Greek films.

He struck out for Paris to further his career two years later, where he formed the prog-rock quartet Aphrodite’s Child with Greek ex-pats including Demis Roussos.

Their single Rain and Tears was a hit across Europe. Not to mention that it later achieved a big victory by topping the French, Belgian and Italian charts and reaching the UK Top 30.

Also, Read about:
Stacey Park Milbern’s Cause of Death; Fans Will Not Forget Her
What Led to Trailblazing Journalist Caroline Jones’s Death at 84?

If You Read Incorrect Details, Please, Allow Us to Know

Vangelis’ Heaven and Hell & His Other Projects

He set up his new 16-track studio in 1975, Nemo Studios in London. The track was later named his “laboratory.” Vangelis decided to form a musical partnership along with Jon Anderson, the lead singer of progressive rock band Yes, and the duo released several albums together as Jon & Vangelis in the early 1980s.

The first, Heaven and Hell, features the English Chamber Choir and Yes singer Jon Anderson. Vangelis supported it with a sold-out concert at the Royal Albert Hall in 1976 which was released in December 1975.

His first exhibition, of 70 paintings, was held in 2003 at Almudin in Valencia, Spain which until the end of 2004 toured South America. Although he primarily used electronic music instruments, his musical style is diverse.

It’s said that Mr. Papathanassíou had married twice before. It’s believed that Vangelis was married to a photographer who did some album artwork for him, named Veronique Skawinska.

According to several reliable sources, he was previously married to singer Vana Veroutis, who provided vocals for some of his records, starting with La Fête Sauvage and, later, Heaven and Hell.

His music has been described as a mixture of:

He has always composed and played primarily on keyboards, so as a musician, Vangelis relied heavily on synthesizers and other electronic approaches to music. This is while he played and used many acoustic instruments and choirs.

Mr. Evángelos once shared that he doesn’t always play synthesizers. He plays acoustic instruments with the same pleasure. “I’m happy when I have an unlimited choice; in order to do that, you need everything from simple acoustic sounds to electronic sounds,” he said.

The legend believed that whether from an electronic source or an acoustic instrument, the sound is sound and the vibration is vibration.