Zac Brown band star John Driskell Hopkins’ ALS is all over the news. He has recently revealed to his fans on Friday, May 20, 2022, that he’s been diagnosed with amyotrophic lateral sclerosis at 51.

Born on May 3, 1971, great Hopkins gained popularity for his role as a founding member, vocalist, multi-instrumentalist, and songwriter for the Grammy Award-winning group Zac Brown Band.

Alongside Zac Brown, Wyatt Durette, and Shawn Mullins, Hopkins co-wrote the Zac Brown Band’s third single, “Toes“, from their 2008 major-label debut The Foundation. It led to a big success as it topped the second #1 single for the band.

Also, with the help of Zac Brown, Wyatt Durette, and Sonia Leigh, Hopkins co-wrote the second single from the band’s third major-label album Uncaged, entitled “Goodbye in Her Eyes.” 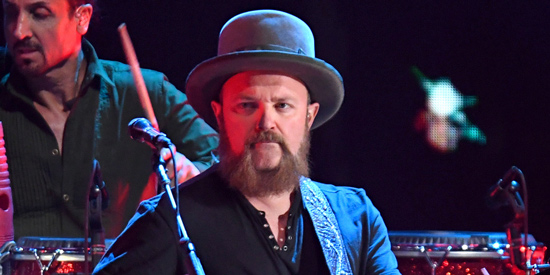 Heavy Is the Head was the band’s first #1 hit on the Billboard Mainstream Rock chart, which was co-wrote by Hopkins. It featured Chris Cornell and was the second single from their 4th major-label studio album, 2015’s Jekyll + Hyde.

1993 graduated from Florida State University with a degree in General Theatre, he took a role in a film, Careful What You Wish For, and played next to stars, including Nick Jonas, Isabel Lucas, and Paul Sorvino.

Later on, Hopkins accepted another role in the 2018 film Adolescence. Hopkins also has a role in the upcoming crime drama, Breakwater, expected to be released later this year.

In 1996, he formed the aggressive songwriter band Brighter Shade. The original line-up consisted of:

It was in 1996 when they recorded their self-titled debut. After a while, the line-up changed, followed featuring Hopkins and Birstall, but added members:

John Driskell Hopkins’ ALS: The Disease Doesn’t Have A Cure

John Driskell Hopkins’ ALS is revealed by the artist himself. He revealed that he’s been suffering from muscle disease Amyotrophic Lateral Sclerosis. The terrible disease causes progressive degeneration of motor nerve cells in the brain.

Zac Brown Band tweeted: “An important video announcement from our brother @johndhopkins. Let’s #HopOnACure for ALS, together. Text HOP to 345-345 or visit http://hoponacure.org to make a donation and learn more. @hoponacure“

The successful musician shared that along with bandmates including Jimmy De Martini, Zac Brown, and Coy Bowles, he’s bound to keep on rocking as he battles on with the disease.

No cure has been made for this kind of disease. He expressed: “Over the past several years, I’ve noticed some balance issues and some stiffness in my hands. After careful analysis by some of the country’s top neurologists, I have been diagnosed with ALS. Because my symptoms have been slowly progressing from the start, we believe they will continue to be slow progressing going forward.”

He added that god willing, he plans to be rocking with these amazing people for many years to come! The technology and research surrounding ALS research have been advancing. This is while they still don’t have a cure.

He wrote: “Thanks so much for your prayers and support in helping us cure ALS.”

A fan commented: “I lost my father to ALS this past winter. It’s an awful disease, but the community is full of some of the greatest people you will ever have the privilege to meet. Thank you for bringing awareness to ALS and I will absolutely @HopOnACure. Sending prayers to you all.”

Another one wrote: “I’m sorry to welcome you to our ALS club. We have some of the best advocates fighting for us. I pray your platform will bring the hope and cure that we are desperate for. #ALSAwarenessMonth #drugsinbodies #endALS.”

One replied: “God bless you! I don’t have a direct connection to ALS other than I hate it! We must do better, perhaps Zac and the band can become a well-known advocates and help our government figure it out! So sorry.”