Ric Flair’s Sexual Assault Leads him to Stepping Down

Recently, Tommy Dreamer essentially released what Ric Flair did on a plane which resulted in him getting suspended by Impact Wrestling. Ric Flair’s sexual assault led him to be removed from “Dark Side Of The Ring.”

He is currently facing the consequences of his problematic actions. The wrestler Ric Flair might also get another bad look from the next episode of Dark Side Of The Ring.

He was removed from WWE‘s opening video package, which had been aired on September 16, 2021. Now there is also the chance that Ric Flair will be replaced as well.

It is reported that the wrestler exposed himself to a flight attendant when the WWE team was returning to the USA after a European tour (while intoxicated) during a “plane ride from hell” back in May 2002.

Fans are calling out Flair for his dirty deed. One fan wrote, “This is why victims don’t come forward. Ric Flair sexually harasses an innocent woman while she’s doing her fucking job.”

So what do you think about it? Do you have a story to tell? Please kindly scroll down and let us know in the comments box. We are eagerly waiting to get your words.

The iconic wrestler and 16-time world champion had never strayed far away from controversy during his career. Ric Flair’s sexual assault on flight attendant Heidi Doyle led him to be stepped down from his participating role in the WWE over the summer.

Ric Flair tweeted on September 20, 2021, about the issue, writing: “I want to clarify a few things: About four years ago, I gave ESPN full access to my life for a ’30 for 30′ special. They covered taxes, financial issues, adultery, divorces, the passing of my child, and drinking/partying AT LENGTH. Rory Karpf, desperate to matter for another 15 minutes, did an interview about it this morning.”

Then he denied the recent claims of Rory in the “Dark Side of the Ring” that he forced Heidi to grab his genitals. He previously had admitted that he had made a “helicopter” motion with his exposed genitals on the flight. Still, it was the extent of his actions, and he didn’t touch Heidi inappropriately. 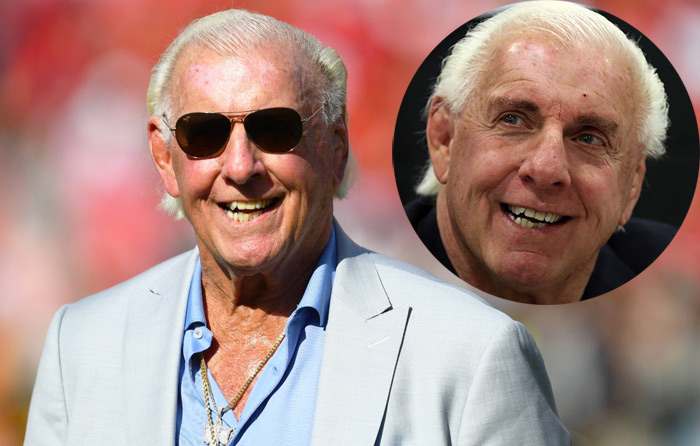 A woman claimed that Ric Flair had sexual actions.

He said: “To clarify, the ‘helicopter,’ as it was called, is accurate. I wish I could blame it on youth, but it was a case of drinking too much and being inappropriate, and I apologize for that.”

To get new information, please “Refresh” the page.

Many people reacted and stated their idea on social media websites. An online user wrote: “Look, I believe the woman. I’m hoping you apologized to her. But I still support you, Mr. Flair. Many of us have done some horrible things while drinking.”

Another tweeted: “I never thought I’d see the day where someone from WWE is replaced by Ultimate Warrior. Especially Ric Flair of all people.”

A fan asked: “After watching “The Plane Ride to Hell” episode of #darksideofthering … it’s easy to see why @wwe distanced themselves from Ric Flair so quickly. Wonder if @aew will do the same?”