Another happy news is out and it’s a big one. Brooklyn Beckham is now married to Nicola Peltz. The beautiful pair tied the knot on Saturday in Palm Beach, Florida, at an elegant black-tie affair held on Peltz’s family estate, with plenty of room for three oceanfront tents.

Nicola, on the other hand, is an heiress and actress who gained fame for her role as Bradley Martin in the Bates Motel, the A&E drama series. She starred as Tessa Yeager in Transformers: Age of Extinction back in 2014.

In 2006, she made her film debut as Mackenzie in the Christmas comedy Deck the Halls. At that point, she was playing in a Manhattan Theatre Club production of Blackbird.

Nicola Peltz and Brooklyn Beckham announced their engagement on July 11, 2020. a close source shared before their wedding: “Brooklyn and Nicola looked very happy and were walking around holding hands the whole night and sneaking kisses.”

The 27-year-old Peltz and 23-year-old Beckham made their relationship Instagram official around January. Brooklyn has a Hebrew tattoo of a Jewish saying from the Old Testament on his left arm with reads: “I am my beloved’s and my beloved is mine.”

Brooklyn Beckham is Married to Nicola, shared this news by writing: “Two weeks ago I asked my soulmate to marry me and she said yes. I am the luckiest man in the world. I promise to be the best husband and the best daddy one day ❤️ I love you baby xx.”

Nicola replied: “You’ve made me the luckiest girl in the world. I can’t wait to spend the rest of my life by your side. Your love is the most precious gift. I love you so so much baby 🥰.” 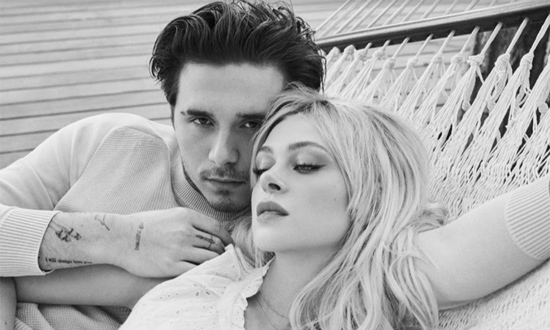 According to sources, Nicola wore a Valentino wedding gown for her big day as well as wearing a costume change during the reception. Beckham admitted he’d be “more likely to cry on their wedding day.”

Following the troubles everyone’s facing for Covid-19, Beckham and Peltz initially planned on tying the knot prior to 2022, but due to this pandemic, they postponed their big day.

In November 2021, Brooklyn shared in an interview with Hello magazine: “If COVID wasn’t a thing we’d have liked to have been married already, and it has been a bit difficult.”

Is Hazel Renee Engaged with Draymond Green? Love In The Air
Sarah August 14, 2022

Is Hazel Renee Engaged with Draymond Green? Love In The Air

Amanda Bynes Split From Michael After Calling Off Engagement