Another happy news is out: Camilo is going to be a father. Fans are excited about the news of singer Camilo’s first baby with his wife Evaluna Montaner.

It’s said that the 27-year-old Colombian singer-songwriter and his 24-year-old wife Evaluna Montaner are waiting for their first baby together as the couple revealed Wednesday in the music video for their collaborative track named Índigo.

The lovely couple has been together since ever. They met in 2015 at an event in Bogotá, got engaged in 2018, and got married in February 2020 with a ceremony in Miami.

The singer shared that he knew she was the one: “The best day of my life. Do I feel too small to get married? Yes. I do feel… Am I sure she‘s the woman of my life? Yes, I am sure.” 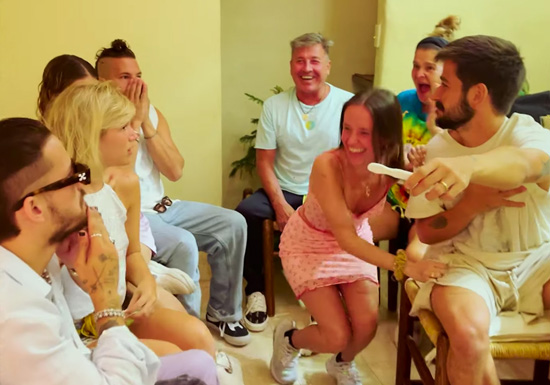 “Being parents is for sure going to be part of the journey.”

Noted, The musical couple shared their first-time-ever collaboration in March 2020 called Por Primera Vez which was written by the pair with the help of Juan Morelli, Jon Leone, and Gabriel Edgar González Pérez.

In the music video, there are photos and videos of the two, sharing moments from their life in their music videos, releasing footage from their wedding day with their fans.

In June, the Latin Grammy Award winner expressed in an interview that they want to have a baby and talked about his hopes of having children in the near future.

The Latest:
Updates From Madonna’s Daugther; Speaking Against Her Mother
Rapper Eve is Pregnant! First Baby with Maximillion Cooper

Exciting news due to Camilo’s first baby is out. The singer opened up that having kids is a part of his dreams. He said that at the beginning of their relationship, they were talking about having seven kids.

It’s said that the couple has dreamed about that a couple of times; however, they are aware that they don’t want their plans to be done, they want God’s plan to be done in their lives.

He shared: “We know that we don’t want our plans to be done, we want God’s plan to be done in our lives; So we know that he’s planning a lot of things with our careers, with our purposes, with our journeys.”

According to sources, when Camilo won his first Grammy at the 2020 Latin Grammys, he became so excited that he asked Evaluna to have a baby.

The Colombian singer rose as the winner of the Best Pop Song category for his song TuTu in collaboration next to Pedro Capó, and shared a video on his Instagram story, captioning: “Always @evaluna on my chest. I love you, let‘s have a child.”

More Articles:
Adam Devine’s Wedding with Wife Chloe Bridges in Mexico
Adele and her New Boyfriend are in a Hot New Romance