Updates From Madonna’s Daugther; Speaking Against Her Mother

Madonna’s daughter, Lourdes Leon, has spoken up, referring to her mother as a control freak by given a rare insight into what it’s like to be the child of one of the most famous people on the planet.

She explained that her mom is such a control freak, controlling Lourdes’ whole life. She said she needed to be completely independent of her as soon as she graduated high school.

The Hang Up singer’s daughter has claimed she didn’t rely on her mother for money as she has gained a sense of independence by paying for her college and apartment herself. 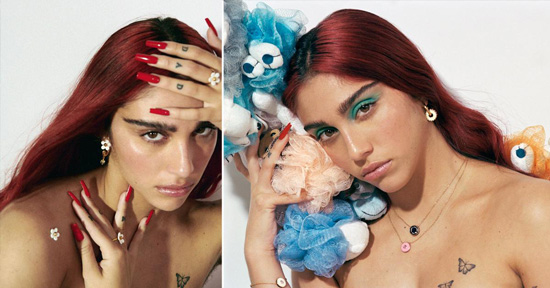 Putting this point of view aside, Lourdes has praised her mother’s work ethic and how empowering she is to other women. She believes: “I didn’t fully comprehend that until I realized the importance of empowerment and what it means to be a woman.”

She shared that her mother is the hardest worker she has ever seen and she didn’t inherit that, unfortunately. Lourdes inherited her control issues, but not her work ethic.

What Are Madonna’s Daugther Complaines?

Madonna’s daughter opened up that she thinks her mom saw all these other kids of famous people, and she was like: “My kids are not going to be like this.”

The eldest daughter of singer Madonna was invited to the prestigious event on September 13 attended by A-listers including Kim Kardashian, Rihanna, Kendall Jenner, and JLo.

Lourdes has the feeling that if your parents pay for things, then it gives them leverage over you. She shared: “As a ‘model,’ you’re relying on your looks. It can feel very overwhelming and can potentially cause a lot of insecurity.”

She added: “Obviously, you’re not going to look the same your whole life. My mom is very insistent on making me think about what I want to be known for beyond my looks. That’s not what I want people to remember me by. It’s not real.”

She shared in the interview with the public: “My mum is very insistent on making me think about what I want to be known for beyond my looks.”

As the news came out, fans immediately rushed to the 63-year-old Medellin singer’s rescue. One supporter tweeted: “I applaud her honesty. I mean, who didn’t guess Madonna was a control freak.”

The fan commented: “And if you expect your parents to support you, famous or not, you can expect them to exert some control over you.”

Another wrote: “You’re a child living in the glamourous messed up industry. Your mother might be out of line, but she might also try to limit your interaction with those messes. Too bad it didn’t work.”

Please check back regularly or sign up in the US day News Newsletter for the latest updates and to be the first to know. See you soon!

All Wondering Is Facebook Down Due to Mark Zuckerberg’s Death?
Sarah October 4, 2021

What is Singer Alan Jackson’s Disease: been Affected for Years
Sarah September 28, 2021

All Wondering Is Facebook Down Due to Mark Zuckerberg’s Death?

What is Singer Alan Jackson’s Disease: been Affected for Years