Rumor has it that Megan Fox and Machine Gun Kelly break up, which has led the couple to stand in the spotlight; But Does the rumor say it all? What has the couple said about it? We’re gonna find out.

About Megan Fox, it needs to be said that as you know, she has made appearances in numerous magazines, including Maxim, Rolling Stone, and FHM. She is the recipient of many accolades of which two Scream Awards and four Teen Choice Awards are included.

Born on May 16, 1986, the American actress and model made her acting debut in the family film Holiday in the Sun in 2001, leading her to play several supporting roles in film and television, including the teen musical comedy Confessions of a Teenage Drama Queen, and in the ABC sitcom Hope & Faith.

Her breakout role was as Mikaela Banes in the blockbuster action film Transformers (2007), which she reprised in its sequel Transformers: Revenge of the Fallen (2009). 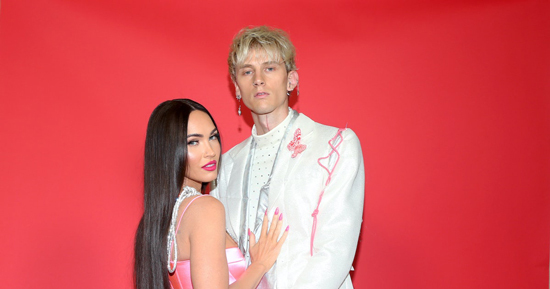 “Transformers broke Fox into the mainstream, immediately turning her into a household name and international sex symbol,” Craig Flaster of MTV stated.

Being featured on various magazine covers and “hottest” and “most beautiful woman” lists throughout the years, she has been referred to as the “Sexiest Woman in the World” in 2008 by Maxim’s Hot 100 lists.

Also, she was called one of 2012’s and 2017’s Most Beautiful at Every Age in People magazine. In her belief, all women in Hollywood are being recognized and marketed as sex symbols.

She believes that this can be okay if the woman knows how to operate the status. As Megan wasn’t willing to sacrifice her true self to the world, she created a character for her public image.

Did Megan Fox And Machine Gun Kelly Break Up?!

The fans suspected that something strange was happening in their relationship because they haven’t been seen together for a long time, and that is how Megan Fox And Machine Gun Kelly break up rumors started to rise.

This week, as sources have mentioned, the pair decided to show themselves together again while clarifying the true state of their relationship.

It’s said that all the seen facts by social network users were just misunderstandings and false speculation because the superstars were caught earlier this week in the middle of a romantic date on which they met for lunch.

Megan Fox and Machine Gun Kelly were seen hugging out with each other on a walk-in in Brentwood, California.

According to an unknown source who has witnessed this scene, the actress/model and the singer looked very much in love. As they were spudded, it’s revealed that apparently Kelly wrapped his arm around the actress’s waist, and Megan took him by the waist to walk together.

The witness revealed: “Megan Fox and MGK arrived together at the restaurant Creation. On their way out, MGK put his arm around Megan as they walked away.” Several paparazzi who were in the area captured the scene.

With this “new appearance,” as many are calling it, the couple showed to all that they are better than ever in their relationship, making it clear that the breakup rumors were nothing more than that.

Also, the singer referred to Megan as his wife on August 14 during a concert that MGK gave in Cleveland. Megan could not attend the concert.

Kelly explained as he paused singing to speak to the audience: “I talked to my wife before I went on stage tonight… She said ‘when you’re on stage, you’re where you love to be. Do not think about anything, you do not have to prove anything to anyone. They all came to see you, so just give them a chance.”

Please Leave Your Comments and Thoughts For Us Right Below

Is Actress Ana de Armas Dating Anyone? Is It Paul Boukadakis?
Sarah December 13, 2021

Adele and her New Boyfriend are in a Hot New Romance
Shahrzad October 9, 2021

Is Actress Ana de Armas Dating Anyone? Is It Paul Boukadakis?

Adele and her New Boyfriend are in a Hot New Romance