On May 05, 2022, A$AP Rocky’s music video for his new single called “D.M.B.” was released on Thursday, increasing rumors due to Rihanna’s wedding. In the music video, a love montage between himself and Rihanna is featured, Her and the rapper are expecting their first baby.

The 34-yer-old Rihanna appears within the first minute of the “D.M.B” music video which stands for “dats my bitch.” The music video was shot like a vintage film in which viewers will see the lovely couple are living a ride or die kind of love story.

It eventually ends at the point where the pair has a wedding ceremony. The beauty mogul rocks a red veil and dress, as opposed to the traditional white.

This is while the Grammy Award winner and A$AP Rocky are enjoying each other’s company, getting ready to welcome their first child. 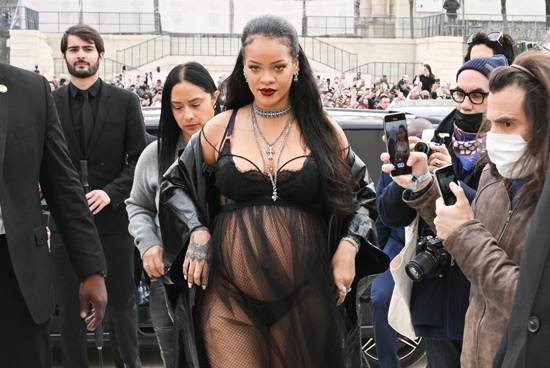 The artic couple announced their pregnancy in January at the time the mother-to-be revealed her baby bump because they were photographed together during an outing in New York City.

The ‘We Found Love‘ singer expressed that it’s fun but also a challenge to play with fashion while being pregnant. She shared in February: “I like it. I’m enjoying it. I’m enjoying not having to worry about covering up my tummy,” Rihanna added then. “If I feel a little chubby, it’s like, whatever! It’s a baby!”

The most disturbing news was shared a few days ago which increased the rumor, saying Designer Amina had an Affair with A$AP Rocky. It was later denied by the designer.

The talented Amina Muaddi Slams wrote on her social: “I’ve always believed that an unfounded lie spread on social media doesn’t deserve any response or clarification, especially one that is so vile. I initially assumed that this fake gossip, fabricated with such malicious intent, would not be taken seriously.”

She shared: “However, in the last 24h, I’ve been reminded that we live in a society that is so quick to speak on topics regardless of factual basis and that nothing is off-limits. Not even during what should be one of the most beautiful and celebrated times in one’s life.”

The recent music video, which has filled the internet with Rihanna’s wedding rumors, was shot in New York last summer with Rihanna.

According to a press release, it is meant to be an “ode to the classic love story.” It was written, directed and executive produced by the 33-year-old Rocky for AWGE.

He raps: “I was lost then, but I found you/I was slim thick with a bounce too. It’s your tough love that I’m bound to/I f— it up, then it’s round two.”

The couple was seen out for what a source called a “happy and relaxed” dinner last week with an intimate group of friends at Giorgio Baldi in Santa Monica, California. 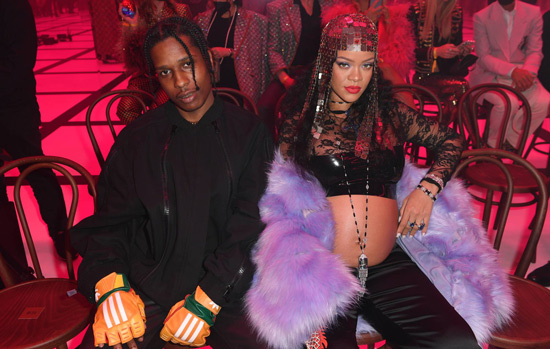 A close source shared: “It was a happy and relaxed group. Rihanna looked great. She sat next to A$AP and they were affectionate. They dined for a couple of hours. The focus was very much on Rihanna and the baby.”

Two weeks after Rocky was arrested at Los Angeles International Airport in connection with a shooting that took place in November, the release of his new single comes out.

After Rockey arrived on a private plane that morning, he was detained by the Los Angeles Police Department, returning from a vacation with Rihanna in her native Barbados.

The ‘Love on the brain‘ singer expressed herself about the long road to romance alongside the rapper. They met in 2012 for the first time. She shared how it takes her some time to establish a true relationship.

“People don’t get out of the friend zone very easily with me. And I certainly took a while to get over how much I know him and how much he knows me because we also know how much trouble we can land each other in,” Rihanna said.