We are sad to announce that, William David McKenzie, Lord McKenzie of Luton, Bill McKenzie’s death news has been confirmed by the Luton organization on December 2, 2021.

Luton Council revealed Bill McKenzie’s death news on Facebook, writing: “We are extremely sad to hear the news that Lord Bill McKenzie of Luton has passed away. We will provide a more detailed statement shortly, but the thoughts and prayers of everyone at Luton Council are with Lord McKenzie’s family and friends during this very difficult time. A passionate Lutonian and a true friend to our town.”

Sadly, Bill McKenzie’s cause of death has not been confirmed yet, but there are some reports about his illness. US day News doesn’t confirm or refuse this reason for his death, but we are waiting for more official information, so stay with us.

Angela Smith tweeted: “So very sad to that Lord Bill McKenzie has passed away. He was a highly respected, much admired, and loved member of our Labour Lords Group. Despite being very ill he was an active Labour Peer. We are really going to miss him. @LabourLordsUK“

Bill McKenzie was a Labour politician who was born on 24 July 1946. Up to the General Election of 2010, he was Parliamentary Under-Secretary of State at the Department for Work and Pensions and the Department for Communities and Local Government.

Lord McKenzie served as an elected member of Luton Borough Council for 22 years; he worked as its Leader for four years. Post 2010 General Election he had served as shadow ministers for DWP and DCLG. He worked in the United States, Hong Kong, and Vietnam over his time with the accounting firm Price Waterhouse.

You can read about Jonshel Alexander’s Cause of Sudden Death and other celebrities’ life and career till death in the celebrity death section.

McKenzie ran for the constituency of Luton South twice in general elections, in 1987 and 1992. Both attempts, however, were unsuccessful. Following an assignment in the far east, he was elected to the Luton Borough Council from 1976 to 1992, and then again from 1999 to 2005.

He was the organization’s head until May 2003, and he was a member of the Council until 2005. During his time in the Council, he served in a variety of capacities, most notably in the area of local government finance.

Bill McKenzie was a member of the GMB trade union and worked in a variety of industries ranging from clerical labor to furniture manufacturing. Lord McKenzie was still a GMB member before his death. He also served as Chairman of the London Luton Airport Authority.

In June 2004, he was raised to the peerage as Baron McKenzie of Luton, of Luton, Bedfordshire. In May 2005, he was appointed as a Whip for the Department of Trade and Industry and Government Spokesperson in the House of Lords Treasury. Lord McKenzie was a member of the first Fabian Society Taxation Review Committee and an advisor to Labour’s Shadow Treasury team before being given a peerage. 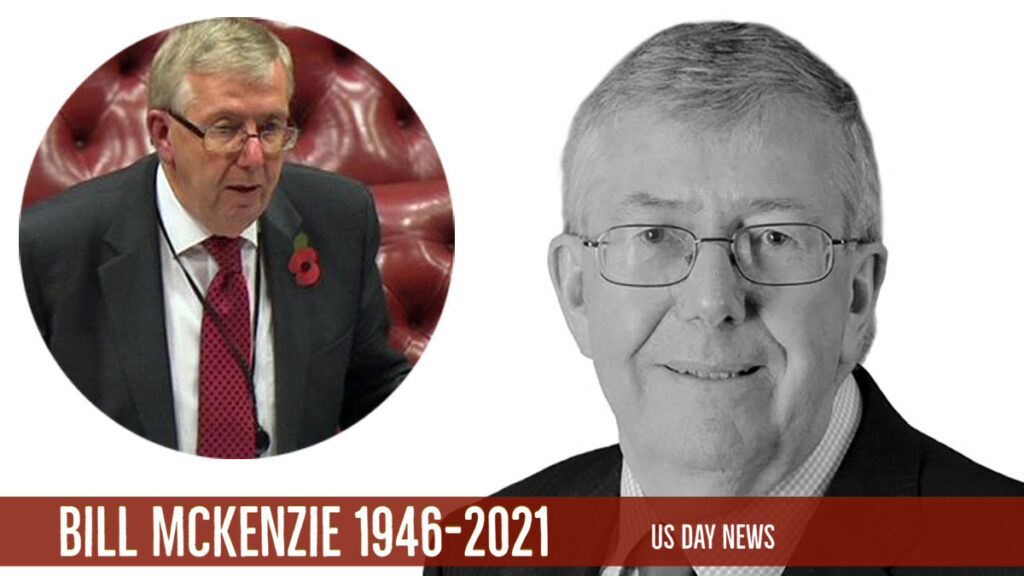 Lord Bill McKenzie unexpectedly passed away at the age of 75

Between 2005 and 2007, McKenzie was a Lord in Waiting and Government Spokesperson for Treasury and Industry matters in the House of Lords. In January 2007, he was appointed Parliamentary Under-Secretary of State at the Department for Work and Pensions, with health and safety at work and the Health and Safety Executive among his ministerial duties.

He kept this position in the June 2009 reshuffle, as well as becoming a minister at the Department for Communities and Local Government. Following the 2010 General Election, Lord McKenzie returned to the House of Lords as the opposition spokesman on Work and Pensions, as well as Communities and Local Government. After Ed Miliband was elected Labour Party leader, he stayed in this role.

A fan wrote: “Bill was an amazing human being. It will be a huge loss to all community and our town. There are so many projects he has supported over the years which will continue benefiting generations for many years to come. He was an excellent personality and he always worked to bring all the communities in Luton together. He was a passionate and true leader. RIP”

One of his friends tweeted: “Extremely sad to say that Lord Bill McKenzie has passed away. A critical source of financial advice to Gordon Brown. Luton mourns the best MP we never had. A passionate Lutonian and a true personal friend to me, my family, Luton, and the @UKLabour movement. RIP Bill.”

Another added: “It is so sad to hear that Lord Bill McKenzie of #Luton has passed away. My thoughts and prayers are with Lord McKenzie’s family and friends during this very difficult time. He was a great comrade and a true gentleman and will be missed dearly. #RIP”

One commented: “Really sad news. Condolences to Bill’s family, friends, and party comrades. A true man of the people and a brilliant Leader of Council back in the day.”

Please kindly scroll down and use the comment box to share your feelings about the heartbreaking news for tributes and prayers. Please keep in mind that the family needs privacy; please respect them during this difficult time.

What led to ’16 and Pregnant’ Alum Jordan Cashmyer’s Death?