According to reports, Metro Boomin’s mom was killed by her boyfriend before the boyfriend finally killed himself. The horrific incident occurred last night, June 4, 2022.

The producer received the tragic news this weekend after his mom’s dead body was discovered by cops just outside of the Atlanta area. Sources connected to the investigation said that MB’s mom, Leslie Joanne Wayne, appears to have been murdered by her spouse, not Metro’s father.

The murderer first killed Wayne and then killed himself. According to reports, this happened Friday night, but further details are hazy. An autopsy will be conducted for an official death cause.

Boomin and his family request privacy during this difficult time. Leslie raised Metro and his 3 siblings in St. Louis. She was one of the first people to notice Boomin’s musical talents.

She encouraged Metro to pursue his passion and talent through adolescence and early adulthood. She’d even drive him from STL to Atlanta so the producer could collaborate with artists he was connecting with, all in hopes of getting his professional career started.

She and her boy were incredibly close and intimate, even when Metro achieved international stardom, Leslie was always at the forefront of his mind.

The 28-year-old producer has not addressed the tragic news, but his close friends took to social media to pay their respects and pay touching tribute to his mother.

star producer Metro Boomin’s mom was killed by her boyfriend on Saturday night (June 4) and the man then reportedly killed himself. More details are undisclosed at this time.

Boomin previously spoke about his mom, who he described as his greatest supporter. “My name is Leland Tyler Wayne. My mom wanted to give me a name where, no matter what I wanted to do, I’d be able to do it. An astronaut. President. Whatever. Leland Wayne,” he said in a 2016 interview.

His father was not around, so his mom did all she could to support Boomin’s dreams. “I knew that he was hurting so much. which is part of what made me support him so much in the music,” Leslie said in the same interview.

Metro remains one of hip-hop’s most in-demand hitmakers, working with superstars like The Weeknd, Drake, Kanye West, Future, and Migos. 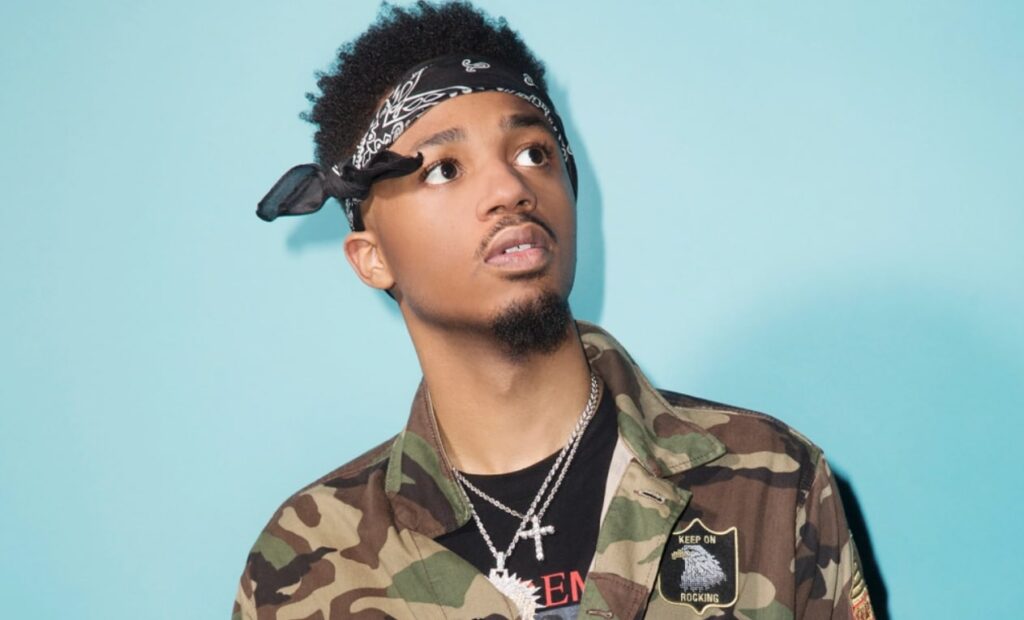 Metro Boomin’s full name is Leland Tyler Wayne. He is also known as Young Metro or simply Metro. He was raised in St. Louis, and he began a production career while in high school.

The young artist became known for his recordings with Atlanta hip hop and trap artists such as 21 Savage, Gucci Mane, Young Thug, Future, and Migos in the mid-2010s.

In 2017, Forbes called Boomin “easily one of the most in-demand hitmakers in the world”, and Stereogum described the star as “one of the most original, vivid, important voices in rap right now.”

Early production success for him came with tracks such as Drake and Future’s 2015 single “Jumpman,” and ILoveMakonnen’s 2014 hit “Tuesday”.

Since then, Wayne has amassed over a dozen top 20 hits, including “Bank Account” by 21 Savage, “Mask Off” by Future, “Congratulations” by Post Malone, “Bad and Boujee” by Migos, “Tunnel Vision” by Kodak Black, and “Heartless” by The Weeknd.

Wayne has also released full-length collaborations, including Perfect Timing with Nav, Savage Mode and Savage Mode II with 21 Savage, Double or Nothing with Big Sean, and DropTopWop with Gucci Mane.

The artist’s debut solo album Not All Heroes Wear Capes was released in 2018, debuting at the number 1 on the Billboard 200 chart. “Congratulations” by Post Malone featuring Quavo was his 1st diamond certification, being certified in 2019.

Another heartbreaking news! Member of the popular gospel vocal group the McCrary Sisters passed away at 67. Deborah McCrary’s cause of death has not been announced but she survived a stroke in 2013 which almost ended her career.