The Instagram model Miss Mercedes Morr’s cause of death has been partly clarified after the 33-year-old social media star’s dead body was discovered at her home in the Cortland Apartments on Sunday (August 29, 2021). May the angel rest in paradise.

The horrifying tragedy has been confirmed by Fort Bend authorities on Monday, saying the dead body of Janae Gagnier, well known by her social media name of “Miss Mercedes Morr,” was discovered at her home in the Cortland Apartments in the 5200 block of Pointe West Circle at about 4:30 p.m. on Sunday.

The death became so questionable when police found the body of a man, who is believed to be the suspect in Gagnier’s passing. The man’s body was also located in residence. Police announced the identity of that suspect is being held pending notification of family. At this time, we only know he is in his 30s.

Miss Mercedes Morr’s Instagram account has 2.6 million followers, according to the count on Monday, and her followers include some celebrities such as Megan Thee Stallion, Snoop Dogg, and Cardi B.

At this point in the investigation, police said they do not think there was a relationship between the suspect and Janae Gagnier.

Neighbors finding out about the incident responded Monday; one of them, Roderick Shaw, explained, “What I thought was safe it seems is not. We have so many rules and so many guidelines I would never expect someone to breach our security and someone be murdered on this property.”

“It’s safe over here; we have the gates, the fence, you got to have a code to get in, a code to get out, I’m just in shock,” said another Edna Swist.

Secret Behind Miss Mercedes Morr’s Cause of Death

Miss Mercedes Morr’s cause of death and another dead body are pending autopsy results. However, police announced it is being considered as a murder-suicide. Besides police reports, some social users also spread some rumors, saying the man was her boyfriend.

However, US day News can not confirm any rumors. Our team is searching to find more related information and provide the latest updates as soon as possible. Stay with us. There is a continuous investigation to discover a motive in the case.

Also, family privacy should be respected at this difficult time. Our thoughts and prayers are with everyone affected by the death of the young model. You can kindly share your tribute in the comment section to honor beloved Miss Mercedes Morr.

Htown Ciara, one of Morr’s best friends, appreciated fans for the prayers, shared a statement on Instagram about Mercedes’ unexpected death, reading, “Thank you for all the prayers and calls in regards to Mercedes. Her parents are asking that you respect the family.” The statement then added, “We know everyone is concerned. We will update everyone when all the information is confirmed. Thank you.” 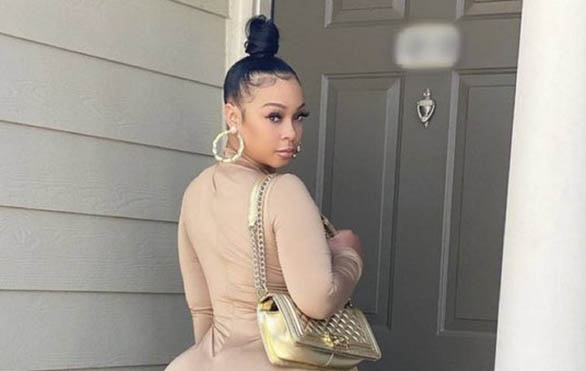 With the username @missmercedesmorr, Morr charged her fans $10/month for her subscriptions and amassed over 19.4k likes.

Outside of modeling on social media, Morr was additionally a star on OnlyFans. While many producers determined to part ways with the company following the first announcement, Morr stayed active just hours before her passing.

Quickly after the tragic news was confirmed, many of Miss Mercedes Morr’s friends and fans expressed their sadness on social media by posting their tributes:

On Monday morning, rapper Tory Lanez was one of the first to confirm her death, “Rest in peace, Queen,” Lanez said on an Instagram story, alongside a picture of her. Another added in, “Mercedez, I’m so sorry, you did not deserve this at all,” one person wrote. “You had your whole life ahead of you.”

A fan tweeted, “Damn, someone murdered Mercedes Morr?! That’s so sad, omg.” Someone said, “Mercedes Morr did not have covid or any disease, wasn’t robbed, none of those rumors. Please have respect for the deceased and the grieving family. Pay your respects; the rest will come out with the investigation. RIP”

Reporter Grace White tweeted, “What happened to Miss Mercedes Morr? Waiting on the Fort Bend County Medical Examiner to rule on her cause of death. Here’s what we know about the crime scene in Richmond where investigators @RichPD found Instagram model Janae Gagnier, 33, dead.”