Is Nashville Radio Host Phil Valentine Dead Due to Vaccination?

Shocked fans ask if Phil Valentine is dead due to vaccination after the Radio talk show host reportedly passed away after a battle with COVID-19 on Saturday, August 21, 2021, at the age of 61. May the legend rest in paradise.

The heartbreaking news has been confirmed by his brother and SuperTalk 99.7 WTN in a statement, reading, “We are saddened to report that our host and friend Phil Valentine has passed away.”

Valentine’s radio station, SuperTalk 99.7. also added in the statement on Twitter on Saturday, “Please keep the Valentine family in your thoughts and prayers.”

Throughout a live broadcast at 4:15 p.m. Saturday, some of Valentine’s coworkers and close friends stated they had spoken with Valentine’s brother Mark, who confirmed the 61-year-old lost his life earlier in the afternoon.

Valentine, a radio personality since he was 20, became a popular conservative Nashville talk show host in 2001 by railing against a state income tax proposed then by Republican Gov. Don Sundquist.

Valentine grew his program into a nationally syndicated show that aired for 12 years on as many as 100 stations. At the end of the run, Valentine signed a three-year deal in 2019 that kept him on Super Talk 99.7 WTN.

Valentine had been in hospital for above a month while fighting the coronavirus. His family revealed on July 22 that he was “in very serious condition” and was suffering from “covid pneumonia,” along with other side effects of the virus. Soon after, relatives reported he was placed on a ventilator.

Did Vaccination Cause Phil Valentine is Dead?

Controversial rumors about Phil Valentine’s cause of death originated from Valentine’s several posts on social media, telling his fans that if they weren’t at risk for COVID-19, they shouldn’t get the vaccine.

His message was edited on July 23 when his family released a statement on the Facebook page of his talk radio station’s Facebook page, writing, ” Phil contracted the Covid virus a little over a week ago and has since been hospitalized and is in very serious condition, suffering from COVID Pneumonia and the attendant side effects.”

The family statement insisted that Valentine has never been an anti-vaxxer, reading, “(Phil) regrets not being more vehemently ‘Pro-Vaccine’ and looks forward to being able to more vigorously advocate that position as soon as he is back on the air, which we all hope will be soon.”

Valentine’s brother Mark also posted on Facebook on July 28 that Phil was on a ventilator and required to be on an EKMO machine. Late Phil grew up wishing to be a rock star, and he kicked off fronting bands at the age of 13.

He left college and joined the broadcasting school when a friend, Steve Brown, told him, “You’ve got a deep voice. Why don’t you do radio?” and inspired him to be an amazing host.

In the last years of his career, Valentine became a romance novelist and a podcaster, entering forces with his son Campbell to tell stories about history and other non-political subjects.

Reactions to Passing of Phil Valentine

Our thoughts and prayers are with Phil Valentine’s family, friends, fans, and all of her loved ones on these tough days. You can also leave a condolence message below the comment box to honor her.

Quickly after the tragic news was released, many of beloved Phil Valentine’s friends and fans expressed their sadness on social media by posting their tributes; also some mentioned his anti-vaccine posts:

Someone wrote, “Phil Valentine, the misinformation-spreading, anti-vaccine radio “personality” who mocked people for getting vaccinated, is dead from covid after nearly a month of suffering from a disease he would have recovered from if he’d had the vax. What a waste of a life.” 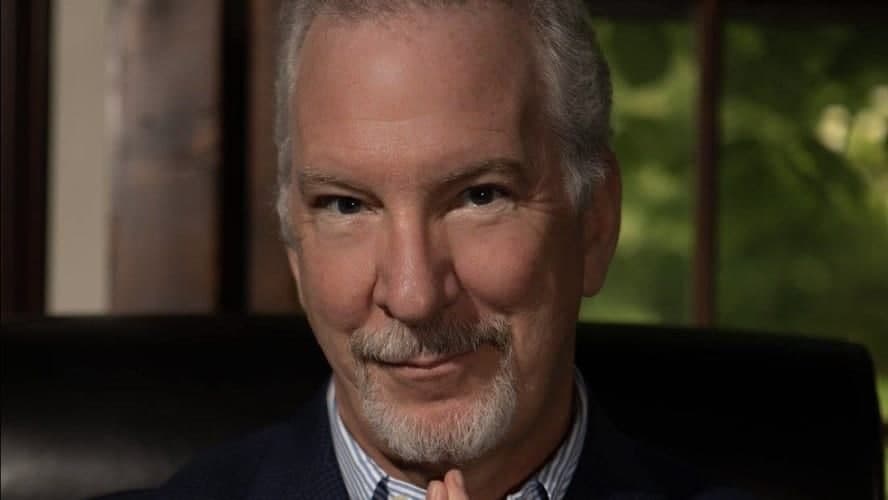 Phil Valentine’s family watched him struggle in hospital for a month before dying – we wouldn’t wish that experience on anyone.

Another said, “Very sad, yes. But he harmed people with his misinformation. He only halted the misinformation when he himself was in harm’s way. That is wrong. It’s tragic. But what he did was very wrong and very unnecessary.”

A fan wrote, “Sad, tragically sad for his family. But he actively harmed people w/ his words. He *chose* to traffic medical misinfo for profit. How many listeners were harmed by his vaccine mockery? Do better, conservatives. Honor your friend by pushing other conservatives to get vaccines.”

Another tweeted, “Stop celebrating ignorance, or worse, obstinance. I’m very sorry for his family, friends, and you that he made a mistake; I hope his family, friends and you learn from it. Otherwise, we will all end up with more unnecessary loss. Phil Valentine is not your martyr.”